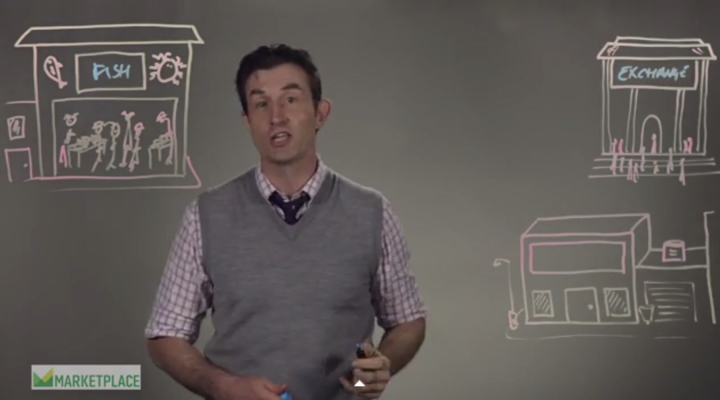 Why dark pools became a bad dream for European banks

Why dark pools became a bad dream for European banks

Dark pools, once the shiny new thing that every bank desired, have become something more of an albatross than a precious jewel.

The list of dark pools owned by European banks that are being investigated by regulators is long and getting longer. It includes UBS, Barclays and Deutsche Bank, and recently Credit Suisse was added to the list.

What is a dark pool?

A dark pool is an “alternative trading system” where trades are concealed from the public. That’s right. In the dark. Neither the buyer nor the seller knows each others’ identity.

Why would you want to trade in a dark pool?

Investors use dark pools to buy or sell blocks of stock without showing their hand. If they did business in the open exchanges, the whole world could see what they were up to, and maybe try and manipulate the price of securities the institution was trying to buy. Big funds are particularly at risk of this kind of abuse by high frequency traders.

In a dark pool, they don’t have to worry about that. No one knows who they are, so they’re more likely to be able to trade in peace, without disturbing the market and without getting ripped off. (See the video above for a quick and simple explainer of how a dark pool works.)

Why are regulators investigating them?

Reagulators are worried that dark pools, instead of protecting institutions, may be used to abuse and exploit them. After all, it’s dark so you can’t see who’s doing what to whom. Maybe you’re being cheated, and you just can’t see it.

That sounds a little paranoid. Do you have an example?

Not so much an example, but more of an allegation: New York Attorney General Eric Schneiderman is going after Barclays Bank, which has a dark pool called LX. Barclays told potential clients that high-frequency traders — notorious exploiters of institutional investors — were not allowed in the LX pool. Funds would be able to paddle around in the pool, unthreatened by these kinds of predators, the bank said.

Schneiderman says rather than keep the high-frequency traders out, Barclays invited them in. The alleged result was that the funds were paddling away in the pool, oblivious to that fact that it was infested with piranhas nibbling away at their profits.

What will Barclays do?

Barclays has to decide whether to accept the allegations or fight them. It’s a tough call, because Barclays has been cutting back its operations following the recession, and LX was a big, highly profitable part of the business it wanted to keep. If it accepts Schneiderman’s allegations, it will have to close the dark pool, and wave goodbye to some big money. Since Barclays is already looking a little frail, that could be a big problem for the bank.

The alternative is to fight, but there’s a real risk to fighting. Even if the allegations were partially proven it would be immensely damaging for Barclays. Losing outright could be catastrophic.

These are all European banks. Do any U.S. banks have dark pools?

Yes, and they’re being investigated, too. Goldman Sachs recently paid paid $800,000 to settle a charge that failed to make sure that trades in its pool took place at the best price possible.

Why is it such a big deal for regulators to police these dark pools?

Because so much trading happens in them: as much as 33 percent of all stock market trades happen in these pools.

Yes. They’re are registered as broker-dealers with the SEC and The Financial Industry Regulatory Authority (FINRA), and they’re audited just like an exchange such as the NYSE or NASDAQ.