How tough is it to sell steel?

How tough is it to sell steel?

After much speculation of the South Korean steel case — which found steel tubes are being illegally dumped in the U.S market — the Department of Commerce found unfairly priced imported steel could harm the U.S. market and cost jobs.

Lisa Goldenberg, president of Delaware Steel Company in Pennsylvania says her company is not doing as well as she hoped they would be this time of year, but business is moving along slowly. Job openings are a bit scarce too.

“We have not hired a lot, but I’m always looking for talented salespeople,” says Goldenberg. “And that is very difficult in steel.”

Being a steel sales person requires a strong sales personality, she says, and a lot of experience in the industry. However, Goldenberg hopes to hire an intern to help bring the company up to speed with new technology.

Goldenberg feels the pressures of a slow economy and says she tries to stay positive for a better 2015.

“We’re going to come out better on the other side, but with some bumps and bruises,” says Goldenberg. 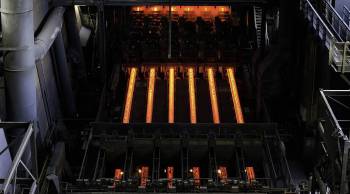