In Elizabeth Pisani’s new book, “Indonesia, Etc.“, she talks about the country’s changing economy and culture. Pisani has lived on and off in Indonesia for about 25 years, working as a journalist and an epidemiologist. In her book, she writes about how places that she once knew are changing rapidly, growing in population and experiencing an increase in the bourgeoisie culture.

Along with Facebook, the people of Indonesia are big on social media and high-tech gadgets such as iPhones. Pisani says that while the country is quickly evolving, it is having a hard time finding its footing in the modern world:

“Even if we had a more educated and industrious workforce, we would probably still not be able to use them effectively because of that underinvestment in infrastructure.”

That lack of investment in infrastructure also affects the country’s politics. According to Pisani, there has been a massive decentralization over the last 15 years. Today, there are about 500 different governments. In the past, all dictates came from one central location — Jakarta, Indonesia’s capital.

We talked with Pisani about Indonesia’s future. To hear her theory on how this country manages to function, listen to the full interview in the audio player above. 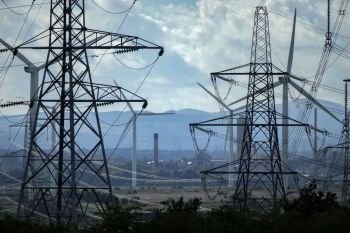