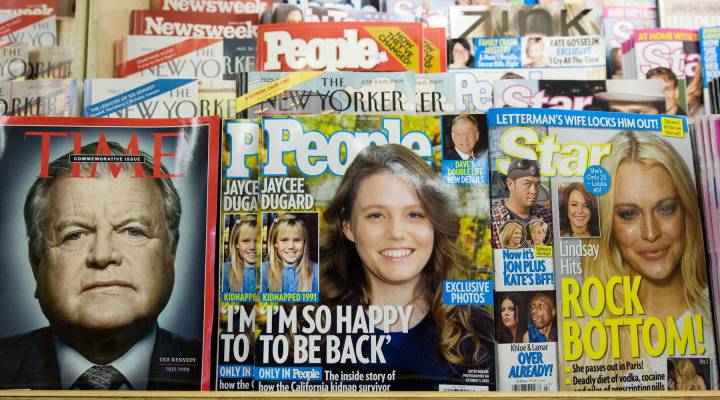 Why the celeb mag market is still worth something

COPY
Magazines on a newsstand in 2009.  SAUL LOEB/AFP/Getty Images

Why the celeb mag market is still worth something

Magazines on a newsstand in 2009.  SAUL LOEB/AFP/Getty Images
Listen Now

We’ve heard again and again that the magazine industry is dying as readers increasingly turn to websites for news and gossip. So, expect a tough road ahead for Time Inc. which has split from its parent company, Time Warner, the owner of money-makers like Warner Bros Studios and HBO.

And while Time’s prospects as a magazine company may look grim, Time has something of a trump card in the celebrity magazine, “People.” It is Time’s top title. Although sales of People have dropped off in the past decade, the magazine, with its mix of celebrity news and human interest stories, still has a weekly circulation of around 3.5 million readers, nothing to sniff at in an age of shrinking readership.