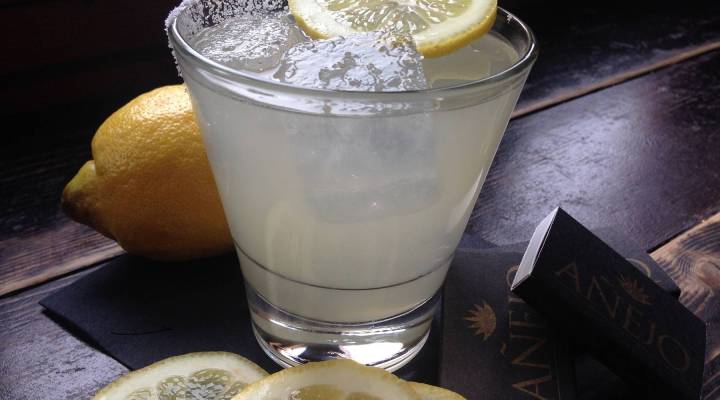 In the last six weeks, lime prices have gone a little crazy: from around $0.30 a piece to more than $1.50 in some places

“I tell my staff, ‘Lime is gold now,'” says KrystleLynn Kingcade, head bartender at Anejo, a Mexican restaurant and tequila bar in Manhattan. “If I see one on the floor, I see any bit that’s not used, I cry almost.”

Anejo hasn’t raised the price of its margaritas, so it’s taking a big profit hit and it’s the worst possible time: Cinco de Mayo is one of Anejo’s busiest and booziest days. Kingcade has tried creating tasty alternatives for patrons: margaritas with watermelon and grapefruit and her latest investion: the lemonrita.

In spite of her efforts, Kingcade says patrons still prefer their margaritas with lime, which will mean a big financial hit for Anejo this Cinco de Mayo.

The U.S. gets pretty much all of its limes from Mexico. Political turmoil in the lime-producing region of Michoacán is the main push behind this price jump. “That region has been under the impact of drug cartels and then an offensive of the government to take control back,” says Benito Berber, an economist at Nomura. Berber says drug cartels seized control of lucrative lime orchards in Michoacán and took over wholesale lime operations. Mexican authorities fought back and the conflict caused a big disruption in lime exports.

In addition to that, nature has thrown a couple curveballs of its own. “There has been some heavy flooding that region as well as citrus greening, which is this bacterial disease which has been slowly encroaching on a lot of the citrus crops in Mexico,” explains Antal Neville, an agricultural analyst at IBISworld. Neville says the greening disease makes lime trees less productive and the limes a lot smaller. That adds up less supply, which is also pushing prices up.

Lime prices are expected to start normalizing over the next few weeks. Mexican authorities seem to have successfully pushed the cartels out of the lime business for now. Still, limes will likely get more expensive in the long run as farmers continue to battle the greening disease. So it could be a good time to develop a taste for alternatives…

You know, take lemons and make some lemonritas.

Shake all ingredients together with ice and then double strain and pour over ice.  Garnish with a citrus, mint salt.