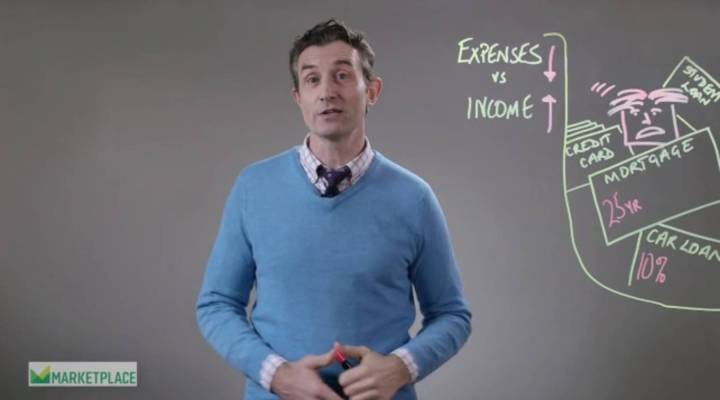 Drowning in debt? Consider a restructuring

Drowning in debt? Consider a restructuring

The word restructuring sounds intimidating. In construction terms, it usually means something expensive, like tearing down, or renovating. But restructuring your debt doesn’t have to be expensive or overly difficulty.

In fact, whether you’re an individual or a corporation, it’s supposed to save you money.

One of the reasons restructuring sounds so scary is because it’s often associated with bankruptcy. But you don’t have to go into bankruptcy to restructure your debt. Lately companies with money problems have increasingly managed to avoid bankruptcy — and that’s creating big issues for attorneys.

This week, a Los Angeles bankruptcy law firm, Stutman Treister & Glatt, announced it’s closing its doors. Why? Because companies re opting to restructure their debt by refinancing with cheap money, rather than seeking protection from their creditors under Chapter 11 of the bankruptcy code.

In other words, “restructuring” is often as simple as replacing one kind of debt with another. A refinancing is often itself a kind of restructuring, because it replaces the same amount of money owed, but at different terms: so while the principal remains the same, the interest rate may be lower, and the borrower may have to pay the loan back more quickly.

And anyone can get a restructuring: it’s just a matter of asking your lender before your situation becomes critical. If you think you might have a problem keeping up your payments in the future, talk to your lender about it, and try to arrange a transition. Because if the situation becomes critical, you may find yourself in default, unable to pay and heading towards bankruptcy. And bankruptcy’s bad for everyone.