The conversation of gentrification

The conversation of gentrification

It’s one of the most loaded words in our modern vocabulary. It’s an issue with no clear lines. And a tough issue to talk about, for long-time residents and gentrifiers alike.
But we wondered what you would say if we didn’t have that term? We asked our listeners online for words and phrases:

“It simply is displacing people for others with more money.”
“Development over a pre-existing community.”
“Hipsters fixing up run down stores.”
“Urban renewal.”
“More white people, boutique shops, restaurants and high end grocery stores.”
“It looks nicer. Things get cleaned up. Trash and eyesores are removed.”
“Expensive housing.”

We wanted to dig deep on gentrification this week and hear the voices of people who are living that experience, spending their money on rents that may be rising, coming into a new neighborhood, or worrying they’ll have to leave their own.

It’s such a personal issue. Our homes ground us, give us a sense of identity and community. And in cities, we’re constantly overlapping with our neighbors.

In September, I moved to Ft. Greene in Brooklyn, NY. The neighborhood saw crime and poverty in late 1960s and 1970s but grew to represent a stronghold of the black middle class. The gentrification debate came early (see this piece from the New York Times in 1984).

And it comes back all the time. Spike Lee famously spoke about it just a few blocks from where I live, at the Pratt Art Institute in February.

My block has a mix of old and new. Families who have lived here for decades, and newcomers like me, who hope our presence can offer something to the place. It’s a strange thing to carry. Does my willingness or ability to pay a higher rent price out poorer residents? If I’m being honest with myself, yes, it probably does.

And yet, here is the community I want. One I actively sought out. Multi-racial, layered with different people, different classes, the kind of cultural richness that made me want to live in New York City in the first place.

I’ve found a sense of community here. I love the park. The school across my street. A man who lives two houses down from me brought packages of mine into his house from the rain while I was away. I didn’t know him. We greet each other by first name now. In New York!

But none of this is easy or even easy to talk about. Errol Louis, a NY-based journalist, wrote a rebuttal to Spike Lee.

‘Gentrification good,’ and ‘gentrification bad,’ are terrible metrics. And far too simple for 2014. We wanted to start a conversation. Give people something to listen to and think about. It’s not an end point, but just a place to jump off into your own thoughts on gentrification and community.

Click the audio player at the top of the page to hear more about the effects of gentrification on communities in Manhattan, Washington, D.C. and Durham, N.C. from experts and residents. 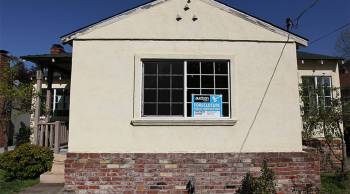