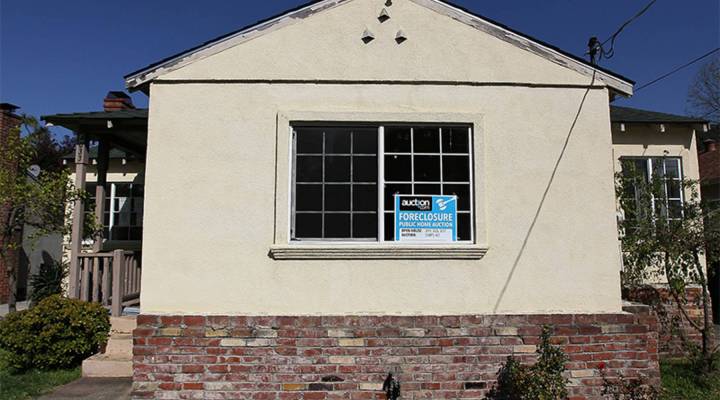 COPY
A home foreclosure in Oakland, California, in 2006. The city is a textbook example of gentrification. Justin Sullivan / Getty Images

A home foreclosure in Oakland, California, in 2006. The city is a textbook example of gentrification. Justin Sullivan / Getty Images
Listen Now

Oakland, California, is a textbook example of the effects of gentrification.

Between 2007 and 2011, more than 10,000 Oakland homes were foreclosed; 42 percent of those homes were purchased by investors. Research by the Urban Strategies Council and Greenlining Institute revealed a massive disparity between available mortgages for white buyers in Oakland versus people of color, who make up more than half the city population. A little more than 8 percent of those home sales were properties that were flipped. As of 2015, flipping houses in the Bay Area still yields the highest profits in the country, according to RealtyTrac.

Journalist Susie Cagle wrote about Oakland’s changes for Curbed. In her piece, she profiles a specific house, 2523 Martin Luther King Junior Way on the west side of town.

And like most houses in the area, it’s a flip.