Tavi Gevinson was 11 years old when she started writing about fashion on her blog, thestylerookie. Two years later, she was sitting in the front row at New York Fashion Week. With Anna Wintour.

Gevinson is 17 now — and she has no plans to attend Fashion Week this year.

“I just didn’t have a reason to go this time…you know, you do miss school and there are a bit of compromises and it costs money. And I just wasn’t feeling it this time around.”

Gevinson’s style in the early days of her fashion blog could be described as “eclectic.” She was sometimes bullied at school for what she wore, and TheStyleRookie gave her a place to escape.

“I didn’t feel like I needed that outlet as much anymore.”

Her interests have changed.

“Sometimes I’d go to Fashion Week and it would be really magical, and it would outweigh the fluff that we were talking about, but sometimes it wouldn’t.”

She was over “the fluff.” In 2011, Gevinson launched Rookie, an online lifestyle  magazine for teenage girls.

“Naturally my interests have evolved as I’ve grown up,” she says.

She has a staff of about 50 that help write and curate topics for the site from music and film to fiction and tech and “everything else.”

“It’s just the most supportive group of women — and a couple guys — that I’ve ever been a part of. To me, it just, it completely debunks any stereotype that women are competitive and catty. Everyone wants everyone else to do well.”

In a few months, she’ll graduate from high school and plans to work on Rookie full time. She’s also applying to college and she’s looking forward to settling into adulthood.

“To me, that’s freeing. I would love for my work to be judged on its own. I would love to be looked at as a person, and not a novelty.”

Gevinson admits to having big plans for Rookie in the future.

“There are boring goals like, ‘I want to redesign our site and raise our contributors’ rates.’ [Then] all I will say is that I have a folder on my desktop that says ‘world domination.’ So I’ll leave it at that.  And it’s not me – I want Rookie to take over the world.”

Personally, I’d like to build my own world within the one outside. I have no desire for anyone else’s throne; I am proud that I started Rookie, I am lucky that we are independent and that I’ve gotten to do it my way. But I want us all to examine and change the rest of our culture, too. I want to make sure the earth’s many queens get the opportunities to assume their rightful places.

“Roller rink, ice cream, lovebird barettes, and how to tie a tie for your fancy date skirt.”

5. Susan Sontag’s journals from when she was a teenager. 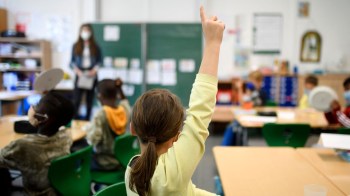