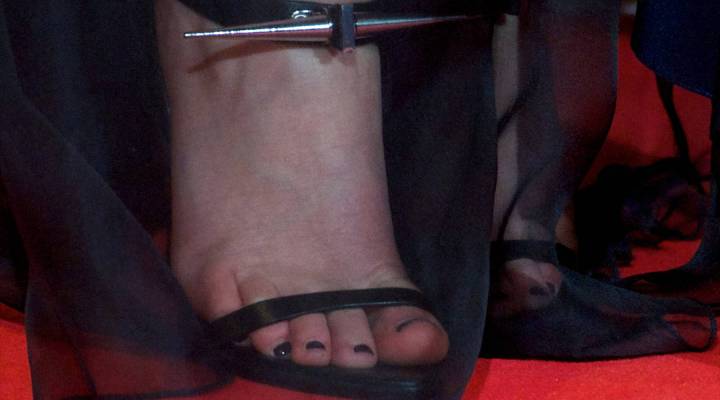 The United States of new shoes

The United States of new shoes

We got the big economic growth number out today, Gross Domestic Product, or GDP, a measure of all of the goods and services the country produces.  It’s considered to be one of the main measures of economic growth — and in the last quarter of 2013, the economy grew 3.2 percent.

A lot of that growth was thanks to us.

“Roughly about 70 percent of the growth rate in the GDP was consumer spending,” says Nicole Mayerhauser, chief of the national income and wealth division at the Commerce Department’s Bureau of Economic Analysis. She helped put out today’s GDP numbers.

Mayerhauser says one of the biggest areas of spending growth was the amount of money consumers spent eating out and staying in hotels. That number saw its biggest increase in more than 20 years. Another big area where consumers spent more? Shoes and new clothes. Turns out, we spent a lot of money on us last quarter.

“One area of strength was services spending, and that would include going to the movies, or haircuts,” says Michelle Meyer, senior U.S. economist at Bank of America, Merrill Lynch.  Don’t hate consumers for making themselves beautiful, she says — the fact we’re spending like this is a good sign. “Consumers are starting to feel comfortable spending on a wider range of goods. It’s not just things that they need to have.”

We may be spending more, but we’re not actually earning more. Wages were stagnant last quarter.

“We are using our credit cards and building up those limits again,” says Ken Goldstein, an economist at The Conference Board

So we were making ourselves beautiful, but on credit.

Part of the reason is that we feel wealthier. Home values have been on the rise, and the stock market made huge gains in 2013. Still, the spending trend worries economist Matthew Slaughter, associate dean of Dartmouth’s Tuck School of Business. “If we don’t get continued and in fact stronger growth in employment and in income, there’s a limit to how much households can increase their spending prudently.”

Slaughter says long term growth can’t hinge on steak dinners and new boots. Other parts of the economy need to start growing, so consumers can start earning and saving more and, of course, spending more.