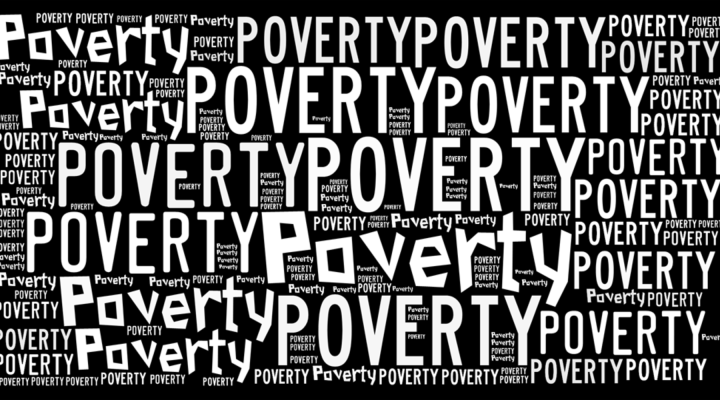 American presidents and the rhetoric of poverty

American presidents and the rhetoric of poverty

January 8, 2014 marks the fifty-year anniversary of Lyndon B Johnson’s State of the Union address, in which he issued a call to arms against poverty.
Sasha Abramsky, author of “The American Way of Poverty: How the Other Half Still Lives,” says it was a remarkable scene.

“You’ve got to remember,” Abramsky said, “this is only six weeks after John F. Kennedy had been assassinated, and the entire country is in a state of shock. And he comes to the podium, and it’s a very somber affair. There’s none of the bombast, none of the hoopla that you see in a modern state of the union. And very quietly, but with enormous moral force, he lays out this campaign.”

Johnson’s stated aim was to win the war against poverty, “in the field, in every private home, in every public office, from the courthouse to the White House.” In the five decades since, there has been fierce debate, not only over whether the US has won or lost the war on poverty, but whether the country as a whole is gaining ground or retreating.

Johnson used the word “poverty” nine times in his 1964 address. Most other presidents use the word a maximum of two times during their states of the union, and many don’t use it at all, a fact which bothers Abramsky.

“There’s almost an invisibilizing of poverty in this country,” Abramsky said. “You saw it in 2012, in the Presidential election. It’s during a period when tens of millions of Americans are struggling massively. They’ve lost their middle-class footholds and they are falling into what can only realistically be described as lives of poverty. But the language in 2012 was all about the struggling middle class. It wasn’t even about the working poor.”

And while the middle class is certainly struggling, millions of Americans aren’t middle class, they are poor. Because of the stigma attached to poverty, elected officials throughout US history have seen risk in aligning themselves with the poor.

“There’s suspicion of poor people that we see in politics today,” said Alice O’Connor, a professor of history at UC Santa Barbara, who writes on poverty, social policy and inequality. “The idea being that large numbers of people are simply undeserving of help because they are poor because of some fault of their own.”

“FDR was very careful to try to distinguish his welfare state from the politics of relief,” O’Connor said. “[It] was about protecting people against economic insecurity. It was about putting people back to work. As opposed to providing relief for poor people.”

While writing The American Way of Poverty, Sasha Abramsky criss-crossed the country, speaking to people living below the poverty line. Their erasure from political discourse coexisted with a sense, among many he spoke to, of diminished self-worth.

“When you speak to people [in poverty] it becomes increasingly hard to demonize them,” Abramsky said. “They’re not all saints but neither are they all sinners. One of the things we’ve done in this country is we’ve turned poverty into a sin.”

In his 1988 State of the Union address, Ronald Reagan’s famous assertion, “some years ago, the federal government declared war on poverty. And poverty won,” drew laughter from his audience, suggesting that Johnson’s war on poverty had become a punchline. Or perhaps the low rumble of laughter illustrated American discomfort with poverty.

“It works politically to not talk in terms of poverty, “ said Peter Edelman, author of So Rich, So Poor: Why it’s So Hard to End Poverty in America. “Poverty connotes welfare. Welfare connotes race to a large extent. These are all things that have a pejorative meaning to millions of people in our country.”

And while the country and its elected officials often seem to cleave along partisan lines when discussing solutions to poverty, Edelman says, on the whole, the country agrees on many things.

President Obama will deliver his next State of the Union address on 28 January, just over fifty years after Johnson declared his war. In 2013, Obama used the word poverty five times, notably while critiquing the minimum wage.

“Even with the tax relief we’ve put in place, a family with two kids that earns the minimum wage still lives below the poverty line,” Obama said at the time. “That’s wrong.”

During another segment we asked ordinary people a somewhat complicated question: Why are people poor?

Hear their responses in the Marketplace Podcast.

War on Poverty
Tags in this Story
Share this Story