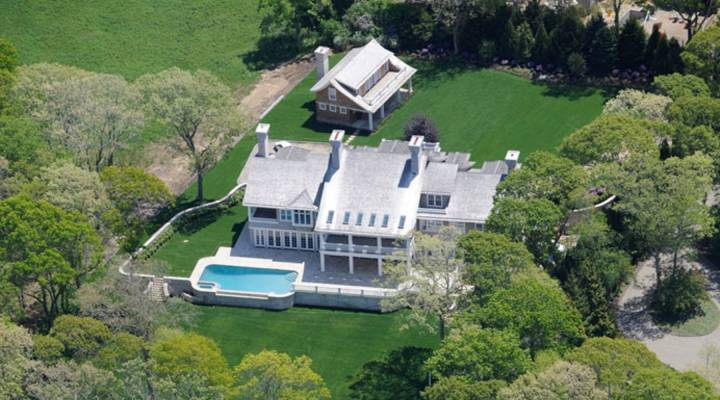 Design-builder Jeffrey Colle is so meticulous about the luxury homes he builds in the Hamptons, that even a single bathtub, in a single master bedroom, has a story.

“I had it hand-carved in Italy,” Colle said of a 3,000-pound limestone tub in his Pond House. “I went to Verona, to the quarries, and I found these huge blocks of stone.” From there, it was off to the studio of a master carver, whose day job involved carving statuary for a rehabilitated church in Venice, and then, here.

Colle has made a name in the Hamptons for craftsmanship, and is quick to share his disdain for cookie-cutter mansions, saying, with a laugh, “You know when you go to dinner parties, you’re going to walk into a very similar house to yours.” He estimates that, in 35 years, he’s built between 150 and 200 homes.

If there were a place for the luxury home market to suffer the recession’s ripple effects, the Hamptons, which attract some of Wall Street’s top earners, might seem to be it. Colle says things are improving. “People who create the economy live and work in New York City,” Colle said. “In my experience, that’s where it comes back first.”

Tastes, however, are changing. Colle’s new “sweet spot” is 8-10 million dollar homes that forgo the ostentatious square-footage of the past. Compare that to the Pond House, which Colle bought before the recession, and put on the market in 2010 at just under $40 million. He has since cut the price to 29 million, and sounds confident that it will sell.

Inside those homes, though, his clients still want the kinds of luxe details Colle is famous for: French limestone walls, hand-forged doorknobs and antique black oak floors.

Real estate watchers say they have been surprised, not that the luxury market has rebounded, but by how quickly it has rebounded. “I was confident that it would come back,” said Laurie Moore-Moore, founder and CEO of the Institute for Luxury Home Marketing. “It just came back a little faster than I expected.”

Like Colle, Moore-Moore has noticed the trend toward smaller — but equally luxurious — homes. She remembers a recent conversation with a luxury real estate agent in Denver, who told her that homes in the fifteen to twenty thousand square foot range have become hard to sell.  “People instead seem to be buying at a sweet spot around five thousand to seven thousand square feet,” Moore-Moore said. “So, smaller yes, but with even more luxury features and quality than before the downturn.”