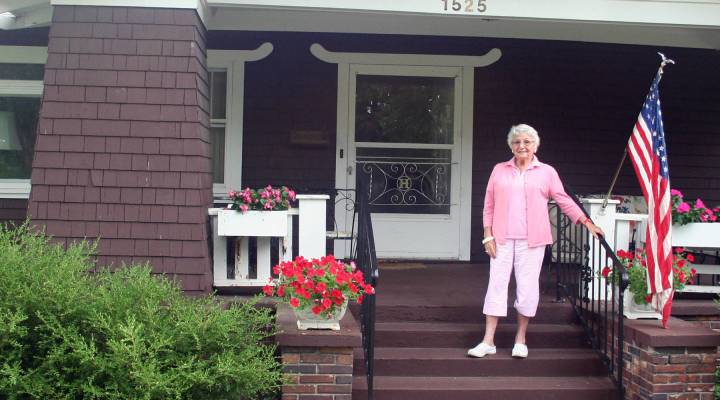 This final note today, a thought or two about how we’ve been spending the week. Because American Futures isn’t your ordinary series. It’s not a handful of stories on a single topic. It doesn’t have a narrative arc, the way editors like. It’s more a collection of experiences.

Jim and Deb Fallows — and I, from time to time — are gonna go out and look around, talk to people, and tell you what they tell us. And then, by the end of it, maybe a year or more from now, you’ll have a pretty good sense of what America and the American economy look like.

And we’ll leave you with this — the best interview I did out in Sioux Falls.

Sylvia Henkin, 92, moved to Sioux Falls in 1944 and she and her husband helped build one of the city’s major radio stations.

Henkin’s maybe the best interview of all time, really. Listen to the conversation by clicking the play button above — or hear the full song, by clicking below.

The Interactive:
Explore the Story Map: Read regular updates from James Fallows during his travels across the country. And explore related interactive maps. More