The suburbs: No longer the American Dream?

The suburbs: No longer the American Dream?

That perfect picture of the American Dream: A white picket fence, 2.5 kids, a dog and friendly neighbors — they all require a suburban location.

But according to one new book, that picture is changing. Americans are leaving the suburbs. In fact, for the first time a century, cities are growing faster than the ‘burbs. Leigh Gallagher, assistant managing editor at Fortune, looks into why in her new book “The End of the Suburbs: Where The American Dream is Moving.”

And while many people think of the growth of the suburbs as an explosion of American independence, the buildup of places like Levittown were actually quite planned by the government — especially with the help of things like tax deductions.

She attributes part of the change not to a sudden desire to live like Manhattanites, but instead a desire for more community.

“It’s not just about moving back to the city, it’s not like everyone wants to live in a New York City skyscraper,” said Gallagher. “People want to be in communities that are livelier, where they can get to know their neighbors more.”

Part of the change is also attributed to the “huge demographic bombshell” of young families who are choosing to stay in cities with children — whereas the suburbs are full of older generation, baby boomers.

Throughout the writing process, Gallagher even got sick of talking about the topic, which she found inspires so much debate and passion in people.

“So many people grew up in the suburbs, it’s where most people in this country live. It strikes a chord with everyone,” she adds. 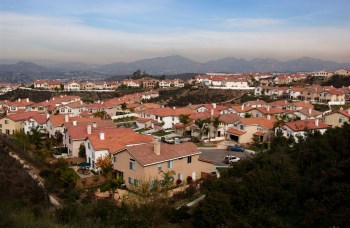