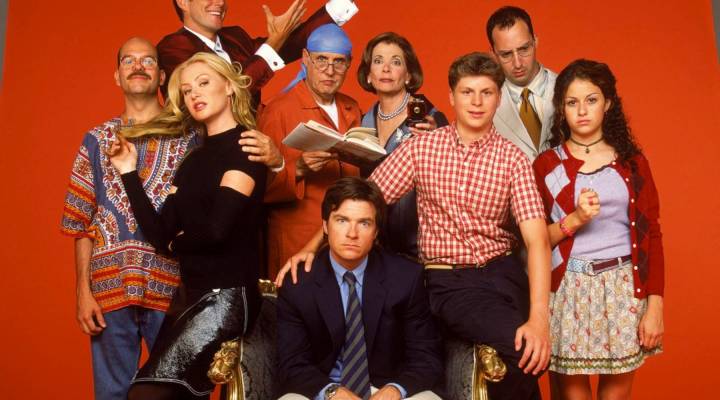 Social mobility isn't always a story of rags to riches.  The show "Arrested Development" is about the dysfunctional Bluths, who loses their fortune after a corporate accounting scandal. The show was canceled by FOX in 2006, but demand for the show's return resulted in a deal for 14 new episodes to be released on Netflix in May 2013.
By The Numbers

Social mobility isn't always a story of rags to riches.  The show "Arrested Development" is about the dysfunctional Bluths, who loses their fortune after a corporate accounting scandal. The show was canceled by FOX in 2006, but demand for the show's return resulted in a deal for 14 new episodes to be released on Netflix in May 2013.

The Bluth family banana stand could be returning to a screen near you soon, despite mixed reviews over its recent comeback on Netflix.

The producer of the TV show, Brian Grazer, told Bloomberg that his firm was in conversations with Netflix to produce another set of shows.

Meanwhile, Netflix chief content officer Ted Sarandos confirmed to Marketplace’s Kai Ryssdal in an interview earlier this week that the streaming video company is on board to keep the series going.

“We and everyone involved in the show would be thrilled to bring season 5 together,” Sarandos said. According to Sarandos, fans of the show loved the latest incarnation — and many critics just didn’t know what to do with it. He added that the main factor preventing more episodes is merely the hassle of dealing with the actors’ schedules. While it’s not a done deal, he said, “only logistics will prevent it.”

In a longer interview, Sarandos says Netflix is working to figure out the science behind building successful original programming:

From the consumers’ perspective, Netflix offers up an entire season at once — allowing for lots and lots of binge viewing.

But it also means changes for those on the other side of the screen — the writers and producers.

“I think it’s actually the most profound part of the change,” says Sarandos. “Typically on a TV series, the writers on a show are writing for their life almost every episode. When someone sits down to write a Netflix show, they know there’s going to be a 13th hour.”

Having that kind of guarantee gives writers a chance to tell adifferent kind of story — one that’s more like a 13-hour movie than a traditional TV show. “This is really programmed to be addictive — the kind of storytelling that keeps you hooked. Those are the kind of shows we look for, and we think ‘Orange’ is one of those,” says Sarandos.

Still, audiences haven’t changed that much. They still demand great content; they want stories that they can follow over time and characters they can get attached to. Using data on their viewers, Netflix knows where the appetites are.

“When we started looking at the bigger television ecosystem, you see that there’s not that many serialized TV shows being made for TV,” Sarandos points out. “The economics are lousy: They don’t sell into syndication well; they’re expensive to produce. [We thought] perhaps, if this is what our subscribers want to watch, we should learn the muscle of creating it for them.”