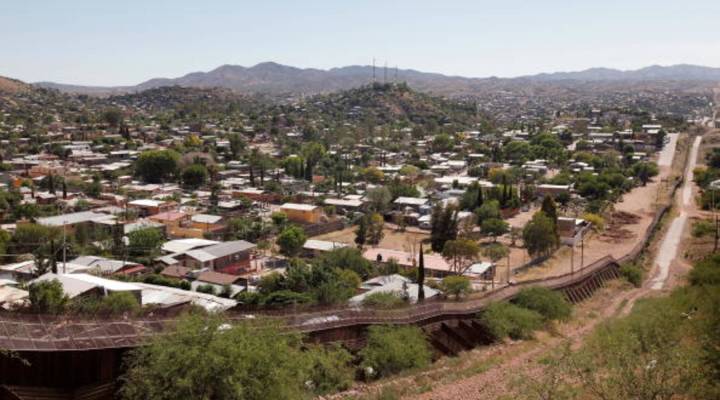 How will immigration reform feel on the border?

How will immigration reform feel on the border?

The Senate today passed comprehensive immigration reform legislation. The bill includes a proposal to spend nearly $50 billion to beef up security at the U.S.-Mexico border. The money will be used to hire around 20,000 border agents, build more fencing and buy high-tech surveillance equipment.

Chris Wilson of the Wilson Center’s Mexico Institute says the surge could be a type of “stimulus” for border towns that are struggling economically.

“Certainly we know that there will be around 20,000 jobs created, in terms of border patrol jobs,” Wilson said. “There’s another $7.5 billion in the amendment for more fencing along the border. Somebody has to build those fences.”

But Wilson points out that the economies of border towns are deeply intertwined and that adding additional security could undercut economic ties between those towns.

Gilberto Salinas is vice president for the Economic Development Council in Brownsville, Texas. He says his family is from Matamoros, across the border in Mexico. “I’m born on the U.S. side, educated on the U.S. side, Salinas said. “I’m representative of 90 to 95 percent of people in the community that still have family and still do business on both sides of the [Rio Grande] river.”

And while some in the region are pleased about an increase in security, they’re also keeping a close eye on what it means for their bottom line.

“More security means there’s more inspection, that means there’s more detail, there’s more paperwork, which delays the crossing of the product,” said Ezekial Silva, who owns S & M Transport LLC. Silva said around 80 percent his company’s revenue comes from trailers that haul office supplies back and forth across the border.

Silva says the math is pretty simple — for every minute his drivers spend stuck at a border crossing, his bottom line takes a hit.