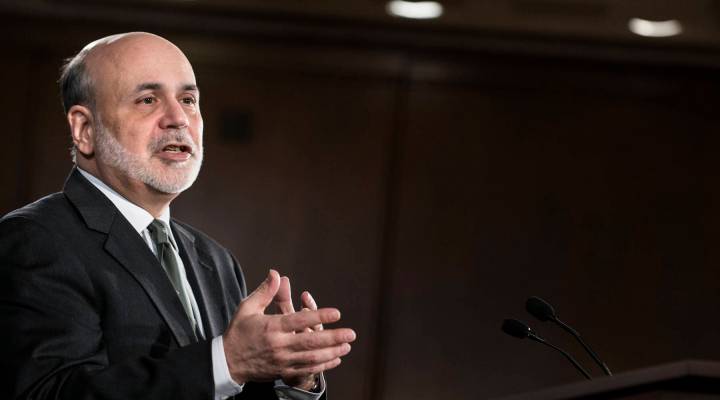 Federal Reserve Chairman Ben Bernanke held a highly-anticipated news conference on Wednesday. He hinted at what might happen to quantitative easing — the bond buying program that is pumping billions of dollars a month in to the economy. Bernanke said QE will continue — for now.

Stuart Hoffman, chief economist with PNC Financial Services Group, says, if you think of the U.S. economy as a sick patient — quantitative easing is working.

“This monetary medicine, this morphine drip — the patient may be able to stand on his own two feet,” he says. “The economy may be doing better later this year and by this time next year.”

Bernanke said if the economy does continue to improve, the Fed could slow quantitative easing later this year — and end it altogether in 2014.

But, there’s a condition. Bernanke said the Fed will only pull the plug if unemployment falls to 7 percent.

“We think that the sequester hasn’t shown up in the data yet, but we think that it will,” he says. “And so we think the unemployment rate’s probably going to stick around 7.5 , 7.6 percent for the rest of the year.”

And that could mean quantitative easing isn’t going anywhere, any time soon.