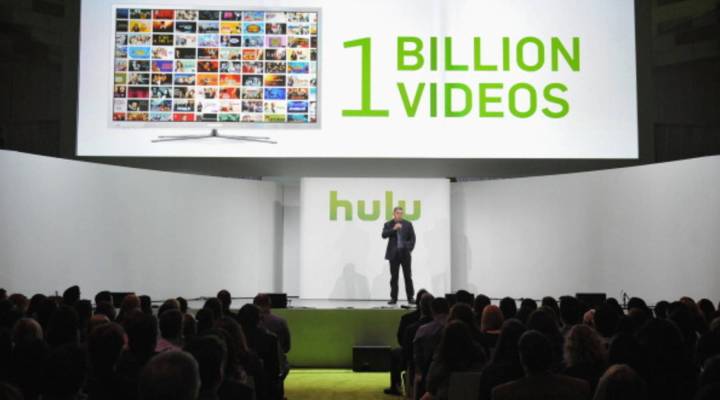 Why companies are hot for Hulu

COPY
Hulu has inked a deal to bring several major films to its subscribers via cable company Epix. Brad Barket/Getty Images for Hulu

Why companies are hot for Hulu

Yahoo has reportedly bid between $600 and $800 million to acquire the video-streaming site, Hulu. Analysts say Hulu has two primary revenue streams: advertising dollars and its subscription service, Hulu Plus.

Jack Myers, chairman of the Myers Media Advisory Group, said Hulu’s suitors — which reportedly include not just Yahoo, but Time Warner Cable, DirecTV, and a handful of private equity firms — see the writing on the wall when it comes to online advertising.

“In just the next two years, advertisers will invest an estimated $8.5 billion in online video advertising,” Myers said.

The popularity of shows like “Saturday Night Live,” “Modern Family” and “The Daily Show” make Hulu’s licensing rights an enormous draw for advertisers. Analysts say Yahoo’s interest in Hulu reflects a desire to compete with Amazon and Google.

“Yahoo needs a video platform,” said Roger Kay, founder and president of Endpoint Technologies Associates, a tech analyst firm. “Google and Amazon both have well-developed video platforms and Yahoo is in need of beefing up its content across the board and video is a particularly important content type.”

Companies are likely also betting big on the expansion of Hulu Plus. Currently, four million subscribers pay $7.99 a month in order to ensure they can watch Hulu, not only on their computers, but on tablets and smartphones.

“Before, when we all watched Hulu on our computers and it was fun to catch a little bit of ‘Saturday Night Live’ or something, we didn’t pay for it,” said James McQuivey, an analyst at Forrester Research. “Now, we have our tablets and our smartphones. The only way to get really good Hulu on those devices is to be a Hulu Plus subscriber.”

Analysts say if Hulu is sold to the right company, it could also step more firmly into creating original content, and may someday even attempt to take on Netflix.