The grittier side of Cannes — Marché du Film

The grittier side of Cannes — Marché du Film

It’s a week into the Cannes, the prestigious film festival held in France. But in the basement of the building where these exclusive screenings are held, you get a “really good reality check about what really matters in terms of a global movie distribution and marketplace,” says Wesley Morris, film critic at Grantland.

He’s talking about the Marché du Film. It’s essentially a conference for filmmakers to get distribution for their films overseas.

These films won’t be shown to the likes of Steven Spielberg and Nicole Kidman and they won’t be nominated for any awards. They’re here “solely for the purpose of international distribution.”

Though happening in the same place and at the same time as Cannes, the Marché is “the opposite of what people think this festival is.”

There’s no mistaking films from the Marché with those from Cannes though both festivals happen in the same place. “The way it’s stratified also somewhat reflects the way the global marketplace works. I mean you have a lot of third world countries on the third floor, in the basement basically,” he says.

But, says Morris, “you can find terrible movies on every floor.”

Walking around among the booths, “it’s just a really good reality check about what really matters in terms of a global movie distribution and marketplace,” he says.

It’s overseas where many of these films will make their money. “The focus of the movie industry now is just making as much money around the world as you can and North America is a small and not insignificant part of that. But your goal is basically global domination.” 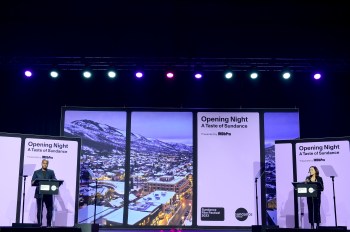 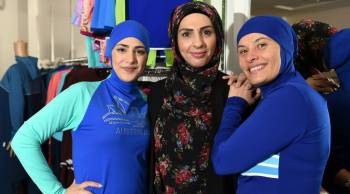