It’s the House’s turn to take a look at a nearly trillion-dollar piece of work known as the Farm Bill, passed by the Senate Agriculture Committee already.

The bill may have a simple name but Agriculture Secretary Tom Vilsack acknowledges it’s a bit of a misnomer. “It also impacts much much more that occurs in rural America and it also has an impact on our nutrition assistance programs.”

While Congress discusses the bill, Vilsack’s turned his attention to organic farming. It’s the fastest growing sector of agriculture and something he hopes could provide a boost to small farmers. “I think it’s important, as we take a look at how we might rebuild the rural economy and revitalize it. We want to make sure young people have an opportunity to get into the farming business and that can be expensive unless you start small.” Organic foods can be sold at higher prices, making it easier for small farmers to make money.

But Vilsack will keep an eye on Congress and the version of the farm bill that’s finally proposed. Some Congress members have suggested the bill should reduce the amount of food assistance it provides to low income families.

On that subject:, he says: “Every dollar that is spent and invested in the SNAP program generates an extra $1.84 in economic activity.”

And Vilsack’s view: “the key is not to create a process that’s going to disqualify a lot of well meaning and hard working folks who just need a little help. The key here is to make an economy that gets better paying jobs for those folks and thereby reduce the right way the number of people that need this assistance.” 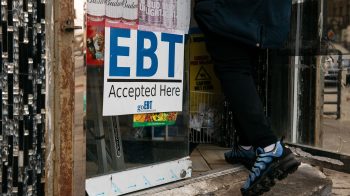 What to expect from the 2023 Farm Bill