How did the social safety net get its name?

How did the social safety net get its name?

Once President Obama unveils his budget next week (as he’s expected to do), Congress will have three very different proposals over which to tangle. And one of the stickiest issues in any budget will involve how much to spend on that thing we call government “safety net” programs.

But how did that phrase — the safety net — become a household term in the first place?

You’d assume a historian would know the answer.  But when we started calling them up to ask, no one knew.

Check out the history of the safety net, as it appears in political cartoons, in the photo slideshow above.

A few historians offered to help track down the answer, and so with their help we began our quest: 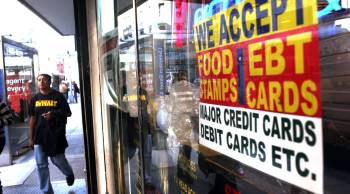