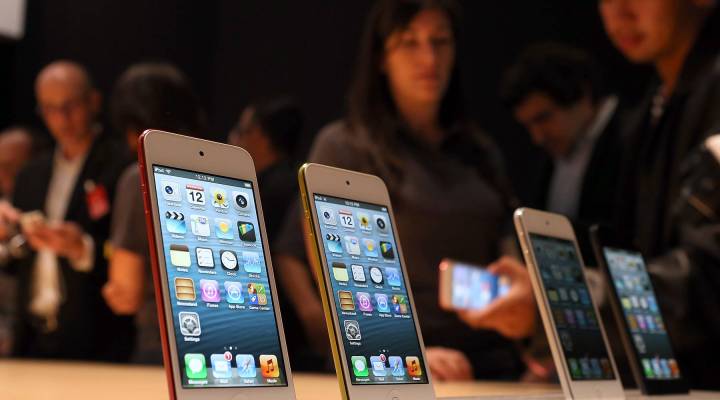 No app for that: Apple to settle iTunes lawsuit

No app for that: Apple to settle iTunes lawsuit

Apple has agreed to settle a class action lawsuit brought by angry parents who said their kids racked up big bills on iTunes purchases. They’re called “in-app” purchases and they usually let players of a free game buy extra weapons or to get to a new level or get a whole bunch of virtual goldfish.

That’s what happend to Mike Betrand of Boca Raton, Fla. A couple of years ago, his three young children got very into a free iPad game called Tap Fish. “It’s a little virtual aquarium,” he explains. “If you want to buy different tanks or you want to buy little castles or little fish, you have to use what appears to be play money.”

Thing is, it’s not play money. Bertrand discovered this when he happend to notice an Apple iTunes receipt in his email for $149.

“I started going through some other receipts that were trapped in my spam folder and found out that, over the course of about a week, my kids tallied about $1,500 on the game.”

Bertrand says his kids had no idea what they’d done. “The kids were very surprised to learn that they were spending real money and really confused about it.”

In the proposed settlement, Apple will compensate 23 million angry parents who say the company didn’t have proper parental controls in place for in-app purchases. Apple will dole out $5 iTunes gift cards to many parents. Those whose charges topped $30 will get a seperate reimbursement.

Colby Zintl of advocacy group Common Sense Media applauds the ruling, a notes that Apple has since put in place an option that will allow parents to block those purchases. Still, Zintl says, these supposedly free games need standard protections.

“In the case of a game like Smurfs, these kids aren’t even reading,” she says. “The ability to press a button and you’re charging your parents’ credit card, you have to question what the business practices are.”

Rene Ritchie, editor in chief of tech news site iMore. says those business practices grew out of Apple’s app marketplace. He points out early app games charged as much as $10. But nobody wanted to pay that much, “and this model emerged called ‘fremium,'” he says.

Betting on impatience works. Ritchie says all of the top grossing games right now are free…ish.

And they’re going to stay free if Mike Bertrand has anything to say about it. “My kids don’t know my iTunes password anymore,” he laughs.