Most will announce their choices via a slowly dying office fixture, the fax machine. A big day for college sports is the biggest day of all for that antiquated technology.

A star high school football player may make a public commitment about where he’s going to college, and many do, in media interviews and on Twitter. But nothing is binding until there’s a signed letter of intent.

These top prospects are teenagers, after all, so they can change their minds. That can make for tense scenes on campus when signing day arrives.

“You have coaches. You have administrators, everybody staring at the fax machine,” says Jonathan Bowling, associate athletics director at reigning champ University of Alabama. “And then you hear that first ring and everybody freezes.”

At Alabama and other big-time football programs, staffers prep their faxes like NASA engineers before launch. Technicians are called, toner is refreshed, test faxes sent. Other campus offices are given stern warnings not to send any faxes during signing day. Bowling says the ultimate buzzkill is when a fax turns out to be spam for cheap Caribbean vacations or insurance.

Fans hang on every page too. Many schools offer live web feeds of their fax machine. Alabama got clicks and controversy a while back when it spiced up its fax web stream by having comely, short-skirted women grab the pages. That stopped, but fans around the country still watch, eager to see which top players their school signs.

The fax is the standard because sending letters of intent by mail is far too slow for nervous coaches. The NCAA does allow recruits to scan and e-mail their letters, but few do.

Michael Bertsch of Notre Dame’s athletic department could only think of one occasion where e-mail came into play. Bad weather had knocked out fax lines for some Texas players signing up with the Fighting Irish. The humble fax prevails over e-mail in part because, unlike an e-mail attachment, the tangibility of a signed piece of paper is something that players, coaches and fans can all hang onto.

Texas A&M professor Jonathan Coopersmith is amused by the fax’s star turn in college football. He’s a historian of the fax machine, among other communication technologies. He thinks the novelty of faxing makes a huge moment in players’ lives more special in a way that clicking send on an e-mail can’t. He says that going through the motions of signing and sending a fax, something most young players have never done, “makes it a more solemn, more serious, more memorable event.”

But the shining signing moment for the fax machine doesn’t last long. The whir of faxes printing dies down in the afternoon. Fax web cams go dark as fans head to comment sections and social to dissect signings and fight about which school won the year’s recruitment war.

“For about a 24-hour period, it’s all eyes on the fax machine,” says Mike Farrell, who oversees recruiting coverage for the college sports site Rivals. “Come Thursday, it’s just another piece of office equipment.” 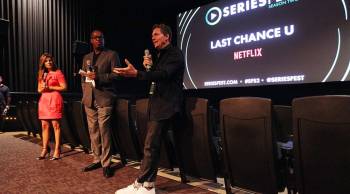