A brief history of the income tax

A brief history of the income tax

The 16th Amendment to the Constitution of the United States celebrates its 100th birthday on Feb. 3, 2013. As far as amendments go, the 16th Amendment isn’t America’s most memorable or most poetic. It’s only one sentence, just 30 words, but it gave the federal government the right levy an income tax — though not for the first time.

“The real beginning is in the Civil War when there was an income tax in place for, most people don’t realize this, almost 10 years,” says Charlotte Crane, a law professor at Northwestern University.

When the income tax ended, a lot of people actually wanted it back, according to Crane. At the time, the government was primarily raising revenue through tariffs, or taxes on imports, which hit the poor and middle class harder than the rich.

In 1913, a permanent federal income tax was created — a breezy 15 pages. At first, not many people had to pay it.

“It may have affected something like 2 percent of Americans,” says Carolyn Jones, a law professor at the University of Iowa, who will be bringing cake to her class next week to celebrate the anniversary.

“It was clearly a soak-the-rich kind of tax,” she says. “It wasn’t viewed as a major source of federal income.”

But it wasn’t until World War II that the income tax started to look like it does today.

“That’s when the tax is transformed from a class tax on the rich into a mass tax on the middle class,” says Joe Thorndike, the director of the Tax History Project and the author of “Their Fair Share: Taxing the Rich in the Age of FDR.”

Although the income tax has changed over time, one thing has been largely consistent: the questioning of who should pay how much of the tax burden. Sound familiar? 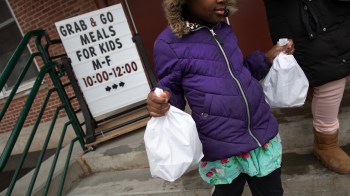