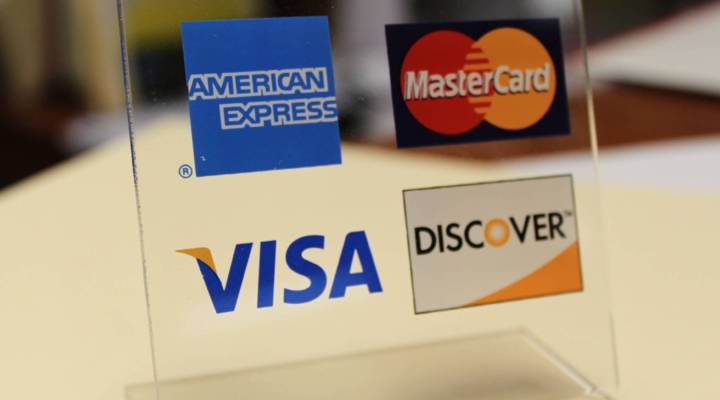 Get ready for new credit card fees — or not

Get ready for new credit card fees — or not

Every time you make a purchase with plastic, the store pays the credit card company a fee, usually 1 to 4 percent of the purchase. Merchants have complained long and loud about those swipe fees, which total around $30 billion a year.

As of this week, merchants can pass those fees on to consumers. It’s part of a $7 billion antitrust settlement credit card companies made with retailers last year. Stores will have to disclose the fees to consumers at checkout.

“There maybe discussions,” says Linda Sherry. She heads the Washington, D.C., Office for Consumer Action, a nonprofit advocacy group. “For example, if you use this card, we’ll charge you X, but if you use your debit card or if you pay cash or a check, that will please us and you’ll actually get a better deal.”

Still, most merchants probably won’t charge the fee, predicts Jeff Leonard, spokesman for the National Association of Convenience Stores. “When you look at all the consumer angst that’s already going on related to fees, related to the economy, I don’t think you’ll see surcharging anytime soon.”

And, anyway, why risk angering the consumer when most of us have been unknowingly paying swipe fees all along, says Ron Shevlin, senior banking analyst with the Aite Group. “Most of these interchange fees have already been built into retail prices.” Shevlin says merchants have set prices higher to account for people who pay with cards. If you pay with cash, you pay the higher prices, too.

Still, retail consultant Michael Sansolo says retailers’ margins are thin and credit cards fees are a big expense, often retailers’ biggest expense after labor. “If you think about the number of transactions stores have in a day or a week, even if it’s just a few cents per transaction, it can equal their entire profit margin.”

In spite of the new rule, 10 states have laws that ban the new surcharges: California, Colorado, Connecticut, Florida, Kansas, Maine, Lassachusetts, New York, Oklahoma and Texas. So even if merchants do take advantage of the new rule, the scope will be limited.

Now you can earn Marriott points at the grocery store