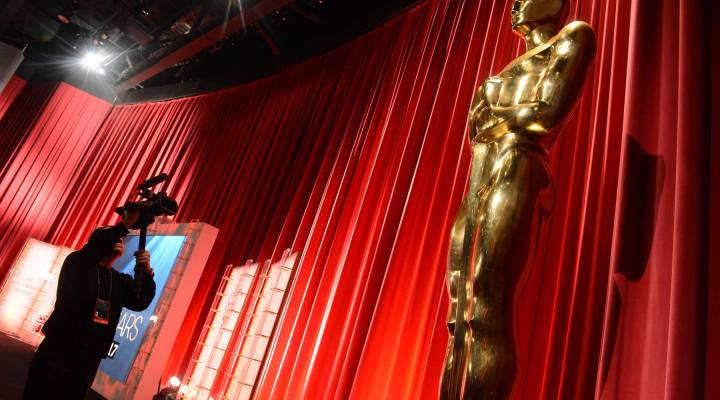 And the Oscar goes to … the economy

COPY
The Oscar statuette is viewed at the Samuel Goldwyn Theatre on Jan. 11, 2013 in Beverly Hills, Calif. ROBYN BECK/AFP/Getty Images

And the Oscar goes to … the economy

Oscar nominations have been announced — some of the big winners include “Lincoln,” “Life of Pi” and “Les Miserables.” As the studios ramp up lobbying efforts with Academy voters, a certain economy is ramping up, too.

“Really in November, you start to feel it,” says caterer Mary Micucci, who heads a company called Along Came Mary Events. She’s been in business for 35 years and is hosting Oscar events at celebrity homes this year. “This is the pinnacle, this is it,” she says. “There’s a lot of money that floats through those parties.”

And just about everywhere else. From dress and jewelry designers to florists to limo drivers, Oscar money trickles down to a lot of businesses, says entertainment analyst Robert Galinsky. “It’s not just about who you’re wearing, but who put that on you, who styles you, what delivery service was used to ship that gown over here,” he says.

And then there’s the economic effect on the city itself. In a play on the term Gross Domestic Product, The Los Angeles Times estimates the “Gross Oscar Product” to be $130 million.

“It’s a real great boost for the city and county of Los Angeles,” says Jason Squire, editor of “The Movie Business Book.” “And for those movies that win, the Oscar boost can be anywhere from $10 million to $30 million or even more.”

Event planner Chad Hudson says Oscar spending did take a hit during the recession, but it’s coming back. “I don’t think the budgets will ever get back to the place where they were,” says Hudson, “but I definitely see people throwing more parties, inviting more guests.”

And, of course, spending more money.