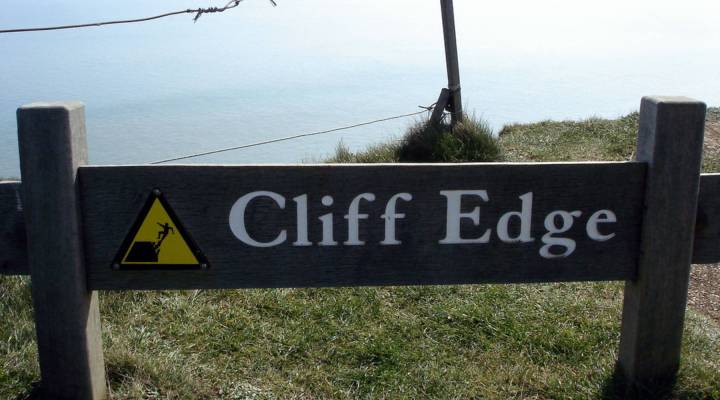 Marketplace’s Guide to the Fiscal Cliff

COPY
The fiscal cliff awaits us. Are you ready for it? Su-Lin / Creative Commons
Fiscal Cliff

Marketplace’s Guide to the Fiscal Cliff

The fiscal cliff awaits us. Are you ready for it? Su-Lin / Creative Commons
Listen Now

The country is almost assuredly going to fall off the fiscal cliff, so Congress is spending New Year’s Eve in the Capitol trying to reach a deal that would walk-back tax increases and spending cuts before they really begin to hurt. The latest reports detail a Senate agreement that would be passed after the Dec. 31 deadline, and according to Reuters, include the extension of unemployment benefits and set a income level for tax increases.

“But I think all of that leaves aside the real issue with the fiscal cliff, which is not the middle class, but what’s going to happen to the poor,” says Heidi Moore of The Guardian.

“All they’ve done is deal with income taxes, which are one of the easier things to deal with in all this,” says Sudeep Reddy of the Wall Street Journal. “If you don’t deal with the spending cuts part of this — which is why we’re here, because the debt ceiling pushed a big spending cut issue to this point — then you don’t really have a deal.”

What’s in the reported Biden-McConnell deal?

Unemployment benefits would be extended for another year. Income above $400,000 for an individual taxpayer would be taxed at a higher rate. The issues that have arisen with the Alternative Minimum Tax would be patched permanently. And the estate tax would jump from 35% to 40%. But various other credits and extensions also are affected, including:

Will my taxes go up if we go off the fiscal cliff?

You betcha. A few of these tax increases will take effect immediately on Jan. 1. 2013. First, the payroll tax: It will rise from 4.2 to 6.2 percent on the first $113,700 of a worker’s income. Second, capital gains, qualified dividends, estates and gifts will all be subject to higher taxes. On top of that, high earners will also see new taxes linked to President Obama’s health care law. The Bush-era income tax cuts officially expire today, but it may be a few months until the Treasury releases new instructions and Americans really start to feel the impacts. Then, come Tax Day, individuals and businesses lose some tax credits they used to depend on, plus the alternative minumum tax will apply to around 27 million more taxpayers. In addition, the Treasury could postpone filing dates and refund checks.

Can we survive a fall from the fiscal cliff?

Lawmakers calculate the tax hikes and spending cuts will total about $560 billion. But that doesn’t really answer the literal question. A U.S. bank note is about .0043 inches thick, so we calculated the height of a stack of $100 bills equal to the price tag on the upcoming fiscal cliff. Turns out, that cliff would be about 380 miles tall. So we tried the calculation with $100,000 bills (yeah, they existed at one point) stacked up.  The height: more than 10 times that of the current world record high dive of 175 feet. The number one ranked American cliff diver says, “At that point, you’re talking about skydiving, not so much cliff diving.”

How was the fiscal cliff built?

If you search Google News for “package of spending cuts and tax increases”, over 300 news stories appear with that exact verbiage, forget all the various permutations of that phrase that you could come up with. But what specifically is in that package? Marketplace’s Bob Moon reports the tax breaks were authorized by President George W. Bush and are set to expire at the end of the year. And at the same time, some deep federal spending cuts are set to kick in.

Does anyone else, besides the U.S., even care about the fiscal cliff?

Yes, everybody seems to care. The BBC’s economics correspondent Andrew Walker says a lot of people in Europe are assuming that some sort of last minute deal will be reached in Congress. “But as the last minute gets closer to the present day,” he says, “I think doubts are growing about whether the U.S. will manage to avoid it.” The U.S. is a very important export market for many European countries and a significant downturn would affect the sales of major exporters, like Germany.

Why does the fiscal cliff seem a bit like déjà vu?

Because it’s playing out, almost word-for-word, like the debt downgrade and debt ceiling debacle of last year. In fact, play along with our Fiscal Cliff Time Machine and see if there is any difference…at all.

Yes. Fed chair Ben Bernanke came up with it in Congressional testimony earlier this year, when he was explaining his fear of this exact scenario. He still says he thinks it’s a good name. But we don’t – so we proposed a rebranding of the issue. A marketing expert suggests the proactive term: ‘Fiscal Fix’ and when we asked listeners for some of their rebranding ideas as well, we got tons of ideas including: ‘Fiscal Due Do.’