Plumbers get ready for a busy Thanksgiving

Plumbers get ready for a busy Thanksgiving

It turns out that this is a very busy time of year for the trusty plumber. So says Murray Korff, a plumber with Champion Plumbing in Woodland Hills, Calif.

Korff says during the holidays, people stuff too much down their garbage disposals; they share their kitchen with in-laws who don’t know the tricks that the homeowner has learned to keep their sinks clear; and then, there are the problems that come with 20 guests and one bathroom.

How does someone in high demand charge during the business time of the year? He says, “Being a holiday, you want to obviously charge the right price for that but at the same time, you don’t want to gouge the customers either.” He’s hoping someone who calls him with an emergency on Thanksgiving might just become a regular customer if they have a good experience. 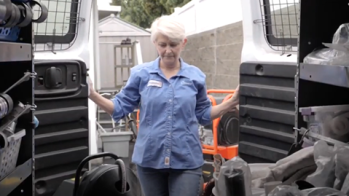 The new workflow for plumbers means turning some jobs down