The Petraeus scandal and why email just isn’t secure

The Petraeus scandal and why email just isn’t secure

You see how former CIA director David Petraeus communicated electronically with his biographer and paramour? It is an email technique supposedly favored by terrorists to cover their tracks. Open an email account using, for instance, Google’s Gmail. Write a message, don’t send it. Instead, save it as a draft then give your email password to the recipient. She then logs in and reads the message in the draft email folder. The message seems tougher to trace because it’s never been sent, like leaving a message in an envelope on your desk and giving the recipient a key to your office.

“This technique didn’t work in 2001 when it was used by the shoe-bomber,” says Chris Soghoian, principal technologist at the American Civil Liberties Union. “It didn’t work when Khalid Sheik Mohammed used it. It hasn’t worked when any idiotic terrorist has used it. And it didn’t work when the director of the CIA used it… This is like a D.C. cocktail party myth that they can hide their tracks by sharing the draft folder of an email inbox.”

Not much works because investigators can so easily monitor email traffic, not so much the content but the route email travels. Soghoian argues outdated laws mean investigators don’t need a judge to issue a warrant if they want to figure out an emails destination or where a computer or smart phone was located when logged into an email account.

“You know if the director of the Central Intelligence Agency cannot protect his privacy online, what hope is there for the rest of us? What that means is, if you were trying to hide you tracks, whether from a jealous spouse or even an online advertising company. You have to get everything just right. If you make one small mistake that veil of anonymity that you have put all that work into creating can be pierce and your identity can be revealed.”

There are some techniques to safeguard communication. Scramble the data. We did it in World War II and we could use encryption now, if those systems weren’t such a pain to use.

“There are certainly ways of protecting your email and encrypting your email to avoid these kind of situations,” says Chester Wisniewski, senior advisor at the cyber security firm Sophos, “but a lot of the techniques and technology involved are simply a little too cumbersome and complicated to use.”

There is also the matter of John Allen, the top American commander in Afghanistan. He is being investigated for the 20,000 pages of material he reportedly exchanged with Jill Kelly of Florida. She is the socialite whose complaint sparked the probe that led to Petraeus. What does 20,000 pages look like? Printed out, it would be a stack that could be taller than you.

Motor Trend’s latest Car of the Year doesn’t go Vroom. The car is the all-electric Tesla S, the first winning car never to have tasted the tang of gasoline. Tesla is headquartered in Palo Alto, that is to say Silicon Valley. Will Oremus at Slate Magazine took one out for a spin.

“It reminded me of being in the car version of the iPhone,” Oremus reports, “that level of attention to detail, of high tech user experience.”

The “poor man’s” S costs about $50,000.  Fully optioned, the sticker on that Tesla comes close to $100,000. The absence of carbon monoxide, carbon dioxide and sulfur dioxide coming out the back? Priceless — but don’t mention the power plant needed for the electricity. Also in the interest of balance, may we remind you of Motor Trend’s Car of the Year in 1983: The AMC-Renault Encore. I owned one, an enduring classic it was not. 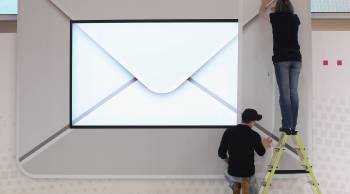