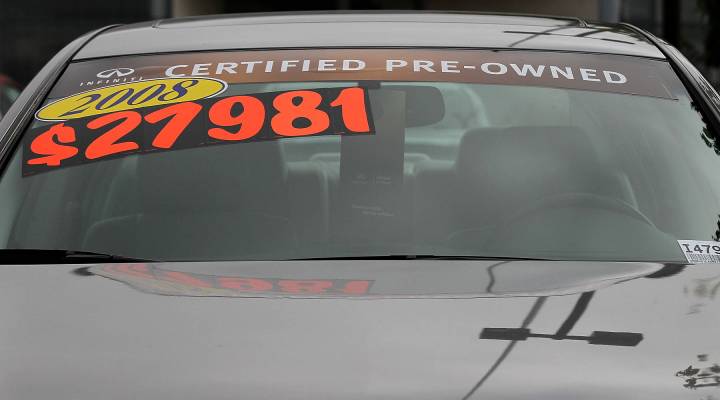 The Northeast is still picking up the pieces from Hurricane Sandy and the nor’easter earlier this week. Many people are still without power and thousands of homes were damaged. On top of that, an estimated 250,000 cars were totaled, a pile up that could affect American consumers across the country.

Hurricane Sandy is expected to tack $200 to $300 onto the price of a used car, according to Jonathan Banks, executive automotive analyst at the National Automobile Dealers Association, or NADA. “Many vehicles are going to be destroyed meaning that many consumers are going to have to replace their cars.”

Some people will opt to buy used cars, and that will put the squeeze on an already tight supply, says Richard Arca, a senior analyst with Edmunds.com: “The problem with used cars over the past couple years is a lack of inventory.”

That’s because many Americans put off buying new cars during the recession. Now the number of used cars seven years and younger is at an all time low.

Used car buyers all over the country will feel the impact, says NADA’s Jonathan Banks, “This impact will wash across the whole country and people will feel the price increases even as far out as California.”

Auto dealers in storm-hit areas will start pulling in used cars from all over the U.S. to meet the spike in demand. Banks says we’ve seen this before. Hurricane Katrina pushed used car prices up three percent nationally.