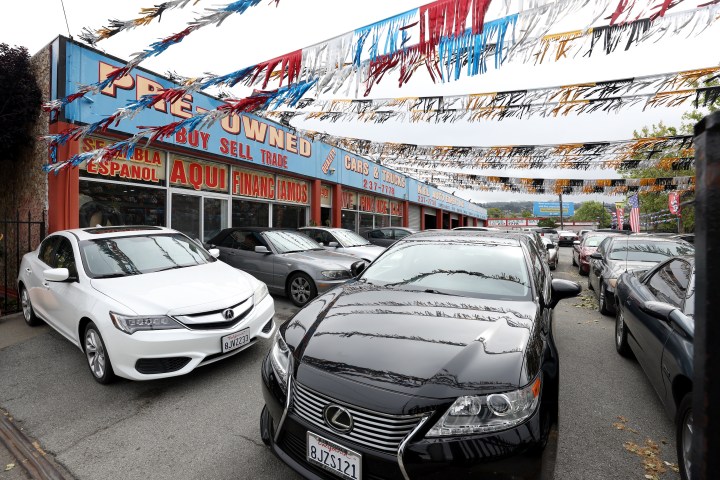 COPY
Used car prices are up more than 40% since before the pandemic, says Michelle Krebs of Cox Automotive. Justin Sullivan/Getty Images

Used car prices are up more than 40% since before the pandemic, says Michelle Krebs of Cox Automotive. Justin Sullivan/Getty Images
Listen Now

AutoNation, the country’s top car retailer, reported mixed second-quarter results Thursday and gave us an update on the car shortage.

The company said new vehicle inventory and sales are still low, but demand for used cars has finally started to slow down. And soon, getting your hands on one might not require so much work.

He finally found a Chevy Volt through an online retailer.

It’s tougher if you don’t have a vehicle to trade, said Lee Diaz. She and her wife have been worried about finding a car for their impending move from New York City.

So when a friend in California put their 2018 Subaru up for sale, she knew what she had to do.

“It honestly felt like project management at the utmost level,” Diaz said.

That’s what a lot of used car shoppers have been in for lately, said analyst Michelle Krebs with Cox Automotive.

And a lot more money.

Used car prices are up more than 40% since before the pandemic, Krebs said, but inventories and demand are both approaching something we might call normal, at least compared to the new car market.

Joe Enten of Scranton, Pennsylvania, learned that the hard way. Last November, he thought he was trading in his 2017 Honda for a new electric truck.

After months of waiting, he turned to the used car market and found a hybrid. It doesn’t check all his boxes, but at least he has something to drive.