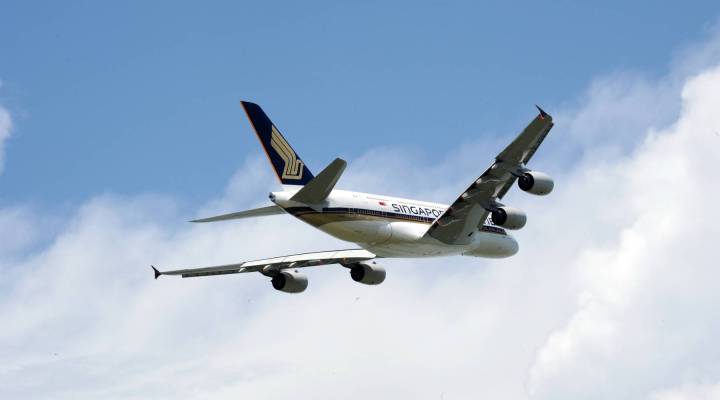 When it comes to airlines, it seems like everything keeps getting smaller: Seats, legroom, overhead space, free food… free anything, really.  But, this week, airlines routes have gotten smaller, too. Yesterday Singapore Airlines announced it was 86-ing the two longest flights in the world: Singapore to Los Angeles and Singapore to Newark. Other airlines have been canceling some of their super long-haul flights as well.

“Carrying a lot of fuel costs a lot of money,” says aviation consultant Michael Boyd. “The cost of carrying the fuel you need to go nonstop Singapore-New York gets exorbitant.”

Especially when the cost of jet fuel goes up. Airline analyst Henry Harteveldt says jet fuel prices have risen 37 percent in the last year. And in addition to fuel costs, super-long-haul flights have to have extra crew on board to relieve the long shifts.

“These super long-haul flights are ultra premium for a very, very time-sensitive customer and the operating costs are substantially higher than normal,” he says.

“People will pay extra to fly directly, especially the people in the front of the cabin who supply about 95 percent of an airline’s profits,” he says.

That’s part of why Aboulafia expects super longhaul flights will make a comeback. He says new jumbo jets from Airbus and Boeing are more fuel efficient and could be enough to make the long flights worth the haul.