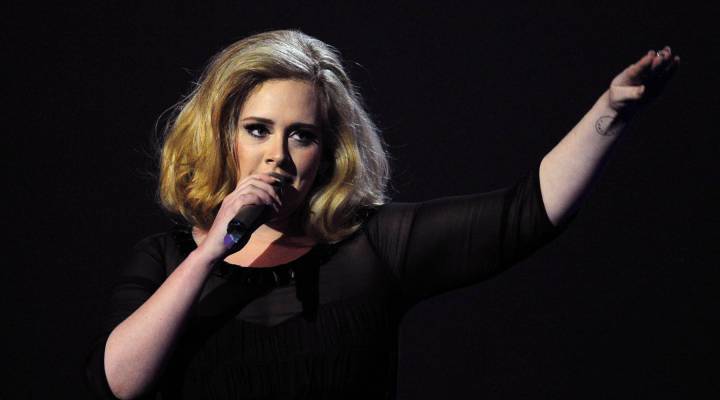 The new James –Bond movie, Skyfall won’t be out for a month, but the theme song is already looking like a hit.  Singing sensation Adele let the world get a listen to the song on her website.  The reviews have been largely positive.  “I really enjoyed it,” says Aram Sinnreich, a media professor at Rutgers University.  He says writing a Bond song is tricky.  “The song has to combine excitement, danger and sexuality that is the hallmark of the Bond brand,” he says.

In spite of those restrictions, many Bond Songs have become big hits: Goldfinger by Shirley Bassey, For Your Eyes Only by Sheena Easton, Live and let Die by Paul McCartney… But no Bond song has topped charts since Duran Duran’s View to a Kill in 1985.

Sinnreich says as the Bond franchise has grown, there’s been more pressure on the “Bond Song.”  “The overemphasis on market-research driven content production has probably undermined the creative elements of James Bond theme songs over the last two decades,” he says.

Adele might be able to break the Bond curse.  Industry analyst Bob Lefsetz says she’s Adele’s a top-selling singer on the planet now and fans want to hear more from her.  “Bond is experiencing a renaissance with Daniel Craig,” he says.  “And they match it with the number one person, by far, in the world.  That’s a recipe for success.”