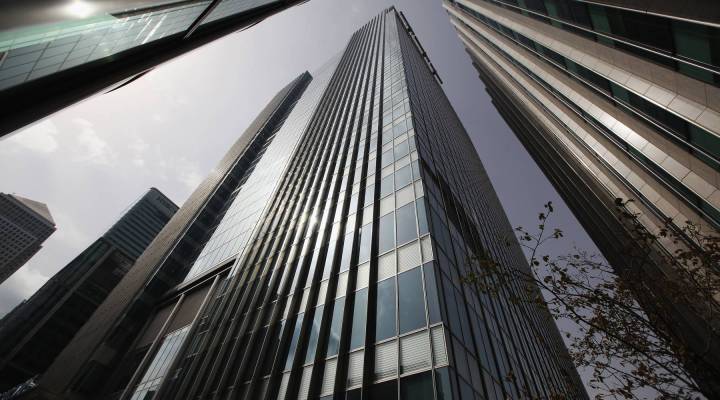 PODCAST: Banks under investigation, ethanol up for discussion

COPY
The Canary Wharf headquarters of Barclays Bank, which is under investigation by the New York State Attorney General for possibly misleading and defrauding its dark pool clients. Oli Scarff/Getty Images
Mid-day Update

PODCAST: Banks under investigation, ethanol up for discussion

The Canary Wharf headquarters of Barclays Bank, which is under investigation by the New York State Attorney General for possibly misleading and defrauding its dark pool clients. Oli Scarff/Getty Images
Listen Now

Today there’s word that a number of banks, including JPMorgan Chase and Citigroup, are being subpoenaed by regulators in New York and Connecticut. It’s all about charges that the banks rigged an interest rate called LIBOR.

Australia is forcing two of China’s largest carmakers to recall their vehicles, after it was discovered that the two companies were selling thousands of cars with parts made from the cancer-causing fiber asbestos. The recall could threaten the carmakers’ plans to expand into the U.S. market.

You might remember our reporting a couple of weeks ago about power outages in India that blacked out half the country. With challenges like that, some folks were a little surprised when India’s prime minister announced a mission to Mars. India’s Space Research Organization plans to launch its Mars orbiter in November 2013.

Someone who recently visited a gas station in the small Michigan city of Lapeer is about to be very rich. That’s where the winning Powerball ticket was sold, and the jackpot is $337 million. That beats Powerball’s previous record of $210 million which was collected by a Rhode Island woman in February.

Tech companies in central Florida have a complaint: The interns they’re getting aren’t exactly little Mark Zuckerbergs… Or Marissa Mayers. One tech entrepeneur tells the Orlando Sentinal, “We’re not really sure what the local schools are communicating to their students.” Another says, “We want interns that we can roll into full-time positions, but they’re not coming out prepared.” Yet another says, “It’s so hard to find good 22 year old workers that we don’t have to pay these days.” OK, that one was made up.