Jeremy Hobson: Wisconsin congressman and now Republican vice presidential candidate Paul Ryan will be in Iowa today, talking with voters at the state fair. It’ll be Ryan’s first solo-appearance since Mitt Romney announced Ryan as his running mate on Saturday. We’re going to hear a lot about Paul Ryan in the coming days, but we’ll start this morning with the legislation that he’s most associated with.

That would be the Ryan budget plan, Marketplace’s David Gura reports.

David Gura: Paul Ryan’s plan would reform the tax code — there’d be two individual rates — one at 10 percent, the other at 25. And as Ryan explained last night, on 60 Minutes, he thinks government programs like Medicare aren’t sustainable, and we have to overhaul them to save them.

Paul Ryan: In order to make sure we can do that, you must reform it for those of us who are younger.

Americans who are 55 and older wouldn’t see their benefits change, but there’d be big changes for younger Americans. There wouldn’t be any more unlimited Medicare spending; instead, the government would issue vouchers.

The so-called “Ryan budget” also calls for big cuts to discretionary spending — that’s money that pays for things like highways and national parks. By 2050, Ryan wants that scaled back drastically.

What Ryan’s budget doesn’t tackle is Social Security, or defense spending. The Pentagon is 20 percent of the federal budget. Even before he became Romney’s running mate, Ryan made a three-minute video for his most-recent budget proposal. In this election, he says, there is a choice — between prosperity, as he put it, or becoming the next Greece.

Ryan: The question is: Which future will you choose?

Nicholas Carnes: If Romney’s goal was to clearly distinguish himself from the president on economic issues, he couldn’t have picked a better person in Washington to do that.

Or a better way, through the Ryan budget, to highlight that difference. 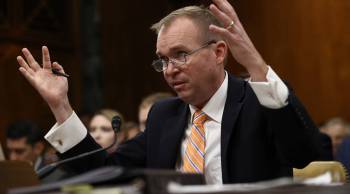 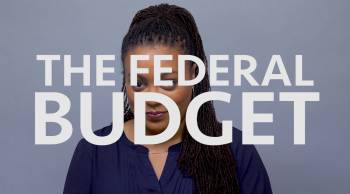