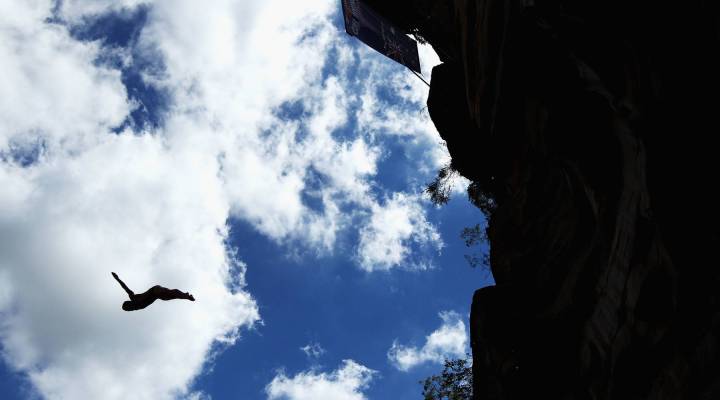 What the fiscal cliff could mean for individual taxpayers

COPY
We've talked about the possible effects of the fiscal cliff on the economy, but there will be immediate and duplicate consequences for individuals too. Ryan Pierse/Getty Images
Money Matters

What the fiscal cliff could mean for individual taxpayers

We've talked about the possible effects of the fiscal cliff on the economy, but there will be immediate and duplicate consequences for individuals too. Ryan Pierse/Getty Images
Listen Now

Jeremy Hobson: The Defense industry is worried it may have to issue mass layoff notices if Congress doesn’t stop us from going over the so-called fiscal cliff in January. That’s when tax cuts expire and automatic across-the-board spending cuts — including at the Pentagon — are set to go into effect. So what does the fiscal cliff mean for you?

That’s the subject of our Money Matters segment this morning, and we’re joined by Paddy Hirsch, who is the senior producer of personal finance at Marketplace. Hi Paddy.

Hobson: So we’ve talked about the possible effects of the fiscal cliff on the economy. If Congress does not do anything about it, what kind of effect is going to have on individuals?

Hobson: And you’re talking about the Bush tax cuts, which have been in effect for a long time. So what exactly would happen with taxes for people?

Hobson: And what about deductions, Paddy?

Hirsch: Well you know, not everybody pays a full tax rate, right? So, every family gets deductions that whittle away at the tax burden. But a lot of those deductions are going to disappear on Jan. 1st: the child tax credit — which used to give a family a $1,000 tax deduction each year — will be cut in half.

The payroll tax holiday, which was this 2 percent Social Security tax cut on the first $110,000 of wages — that’s going to disappear too. What about low-income families, which people are very concerned about as well? The loss of the earned income tax credit — that would disappear, that’ll be a problem for them. The tax credits that go for people who have children would also disappear.

Hobson: And as we’ve said, this is a big “What if?” — we don’t know exactly what’s going to happen with all of this stuff. So what are people supposed to do while they wait and see what Congress does?

Hirsch: The thing to do is to get smart. A lot of people are really intimidated by the whole idea of a fiscal cliff, and people aren’t getting as smart as they need to. You need to read up on this stuff. You can listen to Marketplace Money this weekend, we’ve got a story about it. Talk to your tax preparer, make sure that they’re getting smart about this stuff too. If you don’t have a tax preparer, consider getting one because this next tax year could be very complicated.

Hobson: Paddy Hirsch, who is the senior producer of personal finance at Marketplace, thanks a lot.