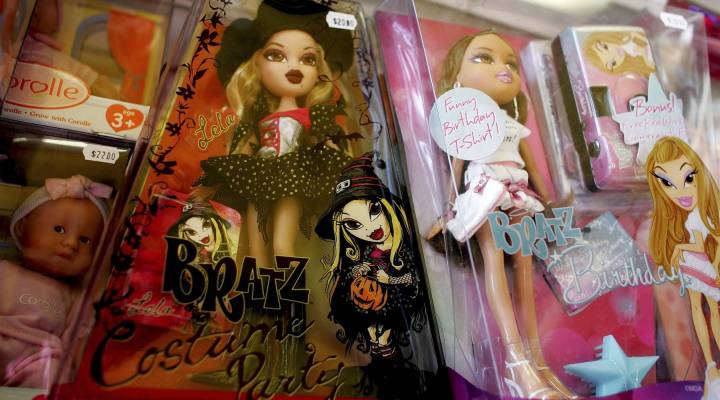 Durable goods orders are out this morning. Those are sales of big ticket items like computers and equipment. It’s seen as a way to measure for how much companies are investing in future growth. In word: They’re not. Durable goods orders were down more than a percent in June.

After markets close today, we’ll get earnings from a few companies: Starbucks, Amazon.com… And Facebook. It’s the social network’s first earnings report since it started selling stock in May.

Been burned by the Facebook IPO or putting your retirement into Zynga stock? Then why not get out of stocks — here’s another investment idea for you that’s sure to pan out: Balloon Boy. You remember…mylar balloon… Specifically, you can own a piece of the Balloon Boy balloon. The man who owns it — bought it on eBay — is carving it up a embedding it in trading cards. There’s no telling how that little piece of history could appreciate in value.

We think of cars as using a lot of oil… But what about tires? Turns out, one standard car tire contains roughly seven gallons of oil. Now Goodyear Tire and Rubber is working on an alternative. A tire made with soybean oil.

Thousands of farmers from across the country will gather in Milan, Tennessee, today to learn about farming without a plow. If you hadn’t heard yet, or gotten a celebratory greeting card, it’s “No-Till Field Day.” Yes, it’s not a terribly popular holiday. But this year’s drought could change that.

The Olympic Games get under way officially tomorrow. And I guess you could call it the Olympics 2.0. There’s been a big technology and social media push this year.

Finally, one more item from what you might call our “bizarre entrepreneurship” desk: The maker of Bratz dolls is suing Lady Gaga for $10 million for stalling the production of a Lady Gaga doll. MGA Entertainment signed a deal with Gaga to make a doll in her likeness it would sing and don some of Gaga’s signature crazy outfits. What’s the hang-up? Apparently Gaga wants to hold the doll until her new album is released next year she also wants a few changes — including having the doll’s face redone to look more like a “supermodel.”