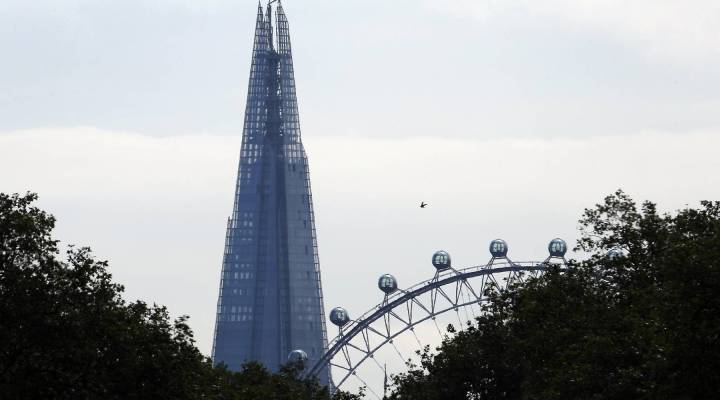 Overseas, all signs point to “stimulus.” The Bank of England, European Central Bank, China’s Central Bank all stepping on the gas this morning — lowering interest rates and, in the case of Britain — starting a new round of quantitative easing.

Tomorrow we get the carefully-watched jobs report from the U.S. Labor Department.

The Bank of England just announced it pumping another $78 billion into the economy to spur lending as Europe tries to work its way through a financial crisis. Probably not the time you’d expect Europe’s tallest skyscraper to open up.

To that big scientific discovery that was announced yesterday: The Higgs Boson. It’s a subatomic particle also known as the missing cornerstone of physics. And while the discovery is being called a huge win for science, it was a loss for physicist Stephen Hawking. He told the BBC he had made a bet with a colleague that the particle wouldn’t be found. And now he’s out a hundred dollars.

And finally, in Murray, Utah, Mayor Dan Snarr sports an 18 inch handlebar mustache. His wife hates it. She says it pokes her in the eye. So yesterday, at the town’s fourth of july parade, the mayor asked the towns residents to vote with a thumbs up or thumbs down on whether he should save the mustache or shave it. The results are too close to call. Town officials are reviewing parade footage to determine the final tally.