Cybercrime news leading off today. The FBI has arrested 24 suspects on four continents in connection with a financial fraud ring. The suspects are accused of trafficking in stolen credit card numbers, procured online. The bureau calls this “the largest coordinated international law enforcement action in history.”

In other bad guys on Internet news, life is imitating the cult comedy “Office Space.”

Michael: What it does is, every time there’s a bank transaction where interest is computed, and there are thousands a day, the computer ends up with these fractions of a cent, which it usually rounds off. What this does is it takes those remainders and it puts them into an account.

The hack spirals out of control in the film. In the real world, the technology is more clever. A new report says $78 million has been siphoned from bank accounts in the last several months. Hackers are hijacking users online, getting logins and passwords, and taking the money, all without victims knowing about it. The scam is designed to steal small amounts from a lot of accounts so it’s harder to notice.

Update your software — especially antivirus software and never click on a link in an email claiming to be from your bank.

The travel site Orbitz knows if you’re visiting it from a Mac or a PC. The Wall Street Journal reports that some Mac users will see fancier hotels while PC users are more likely to see cheaper hotels.

And once you’re on Orbitz, you can sort things by price or quality or other criteria.

But Orbitz is looking at this data at all and tailoring the site to match it. That worries University of Washington law professor Ryan Calo.

Ryan Calo: There’s a real danger to this approach, and the danger is that merely by virtue of some factor that you’re not aware of; you’re going to start getting sorted, and see different deals, sometimes worse, sometimes better on the basis of information about you. Imagine instead of merely offering pricier hotels to Mac users, a company were to decide not to make you an offer because you come from an IP address that’s been associated with a poor neighborhood. Now I’m not saying that’s what Orbitz is doing in this particular instance, but it’s part of a potentially dangerous trend

Moe: How anomalous is this. Are other companies doing this as well?

Calo: Companies have actually charged different prices online based for instance on how many times you had visited the site. What they’re doing is they’re carefully considering the information they have about you, and trying to use it to the best of their advantage. And in most instances, consumers don’t understand that that’s going on and that’s what the problem is.

Now, Orbitz is making headlines for tailoring its site based on how you got there. But it’s a practice that’s soon to be old news.

Jonathan Mayer is a grad student in law and computer science at Stanford. He says, “Just about everything you see on the web can be tailored to you, and that personalization can be based on your browsing activity, your location, your operating system, and much more.”

So what does this mean for you and me and our future on websites? Mayer says, “There aren’t real technical limits here. A site could go just about as far as it wants with personalization. The information is there.” 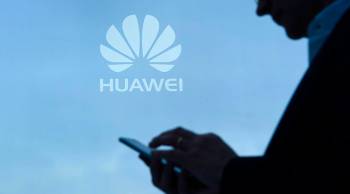