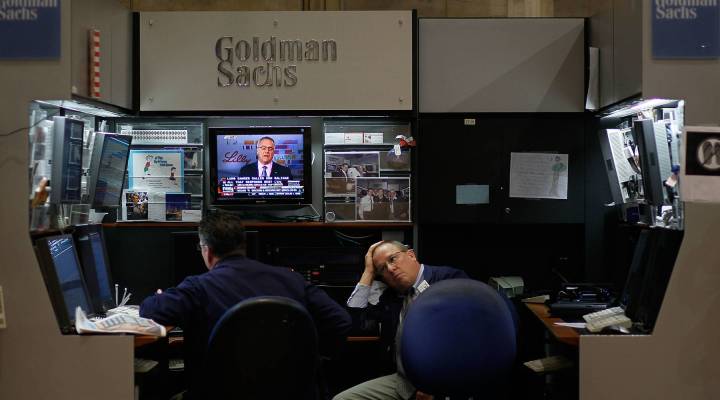 The Goldman op-ed and unsustainable capitalism

The Goldman op-ed and unsustainable capitalism

“What’s the most perfect amount of money to make on Wall Street?” Marketplace’s New York Bureau Chief Heidi Moore muses. “One dollar more than the guy next to you.”

When former Goldman Sachs executive Greg Smith’s op-ed came out in the New York Times on Wednesday, the world of high finance went into self-analysis mode. Smith lambasted the firm he’d been with since he was an intern a dozen years ago.

“To put the problem in the simplest terms, the interests of the client continue to be sidelined in the way the firm operates and thinks about making money,” Smith wrote. “Goldman Sachs is one of the world’s largest and most important investment banks and it is too integral to global finance to continue to act this way. The firm has veered so far from the place I joined right out of college that I can no longer in good conscience say that I identify with what it stands for.”

The media had a heyday with the story. Some concurred with Smith’s opinion that firms like Goldman have strayed from the business of putting clients ahead of profits, while others had no sympathy for a guy who had worked his entire professional life for the firm he had turned on.

Wall Street is not a boy scout troop, says Moore, but a cutthroat environment where the most aggressive thrive. Cue a Gordon Gekko quote from the movie “Wall Street.” Moore sees Smith’s op-ed as yet another voice of discontent in the chorus of distrust of Wall Street that’s been growing in volume for nearly four years.

So how do we average investors protect ourselves from those managing our money?

“Be educated so you can judge the risks you’re willing to take,” says Moore.