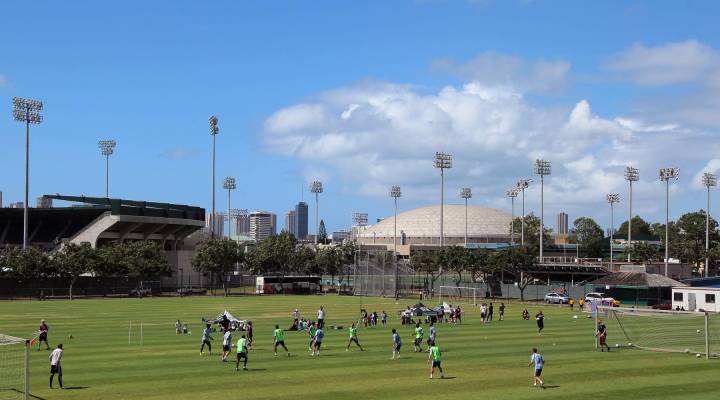 On the White House agenda today: a “Consumer Privacy Bill of Rights.” The Obama administration says we need more protection from companies that have gotten better and better at tracking us online.

The government said this morning that 351,000 people applied for unemployment benefits last week. That’s the same as the week before, and it’s the lowest level in four years.

This week we’re finding out how department stores have been doing. Macy’s gets a thumbs up, Saks too. Today, Kohl’s says it had a disappointing holiday season, but it’s yearly sales numbers rose. Department stores can tell us a lot about the economy. Target posted a higher adjusted quarterly profit as the retailer’s sales rose during the holiday season.

We’re paying more at the pump now than we ever have at this time of year. President Obama knows those rising gas prices could put a crimp in any economic recovery. Later today, he’ll be in Florida, talking about a longer term energy future in the U.S.

To a seemingly never-ending high school soccer game. It took two days to come up with a winner in a California soccer match. On the first day, the official called the game once it got dark, worried about possible injuries. After all was said and done — and 50 penalty kicks — the La Jolla Bishops emerged victorious. I wonder how many orange slices were consumed, and how many soccer moms and dad lasted the entire match.