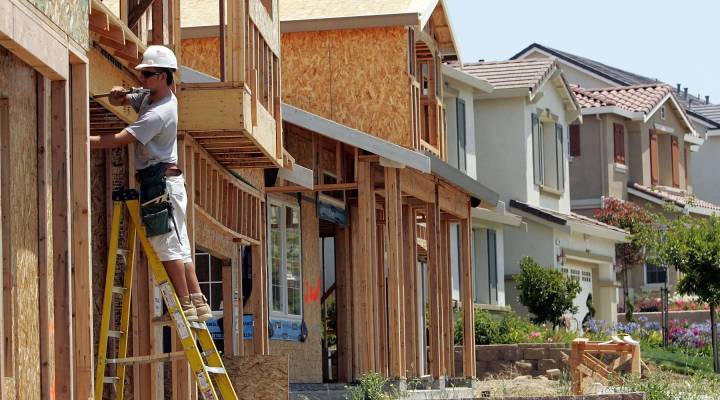 Government data show that 2011 was the worst year on record for single-family home starts. Several analysts think 2012 will be better. Justin Sullivan/Getty Images

Government data show that 2011 was the worst year on record for single-family home starts. Several analysts think 2012 will be better. Justin Sullivan/Getty Images

Kai Ryssdal: The data out today from the U.S. housing market came in three varieties: The good, the bad and the ugly.

Seems easier to get the bad and the ugly out of the way first, so that’s where we’ll start — all rolled into one. Overall, 2011 was the worst year on record for single-family home construction.

Keith Gumbinger: Warming, not warm by any means, but warming.  And that’s going to start us out in 2012 in a much better position.

And the fact fewer homes are being built is a good thing, says Wharton’s Susan Wachter. She says there’s a glut of empty homes and we don’t need new ones. And she sees reasons to be optimistic about the overall market.

Susan Wachter: Housing has never been more affordable, mortgage rates are at all-time lows, we have job growth, albeit slow.  The problem is that shadow supply that’s out there.

That shadow supply. You can think of it as the ghost of foreclosures past.

Adam Levitin: Properties where foreclosures have been started, but maybe not completed.  And there’s a real backlog in the foreclosure process for a few reasons.

One is the states. Many require judges to approve foreclosures and courts are backed up. The other problem, says Levitin: Allegations that banks illegally foreclosed on people. Those had banks stopping everything to get their paperwork in order.

Levitin: You can kind of think of this as the pig stuck in the python. The pig is going to work its way out of the python, but it’s taking a while.

It’s a big pig. It’s estimated more than a million homes are sitting in the shadows. Levitin says it could take another year or two to exorcise the demons of the housing crash and, until we do, no recovery is safe.