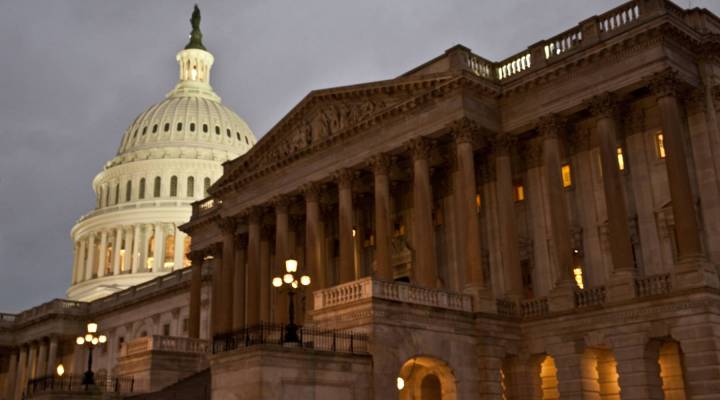 PODCAST: Austerity for the holidays

COPY
If the House of Representatives fails to approve a two month extension of the payroll tax cut, the government may soon be out of options. NICHOLAS KAMM/AFP/Getty Images
Mid-day Update

PODCAST: Austerity for the holidays

If the House of Representatives fails to approve a two month extension of the payroll tax cut, the government may soon be out of options. NICHOLAS KAMM/AFP/Getty Images
Listen Now

Research in Motion — which makes the Blackberry — is not looking so great this morning after reporting a drop in quarterly profit last night. And the company is announcing its overhauled smartphones won’t be available until late next year.

Looks like Congress has reached some kind of agreement on a spending plan that would avoid a government shutdown. Lawmakers are also working on a deal to extend for a year the payroll tax cut. But could settle for a two month extension while negotiations go on.

Italian lawmakers have just approved a package of budget cuts and tax increases, which was seen as a confidence vote for the new government there.

Consumer prices were flat in November, according to the Commerce Department. Energy prices fell slightly.

To a new survey of Facebook users in the U.K. that finds they were under the influence of alcohol in 76 percent of their photos. More than half of those surveyed by Mymemory.com said they wouldn’t want their co-workers to see their pictures. But two thirds of them say they have posted embarrassing photos of their friends.