Steve Chiotakis: It’s mid-day in Durban, South Africa, where United Nations delegates are preparing to stay up all night if need be to negotiate a global plan for climate change.

From the Marketplace sustainability desk, Eve Troeh is here with us live in the studio to talk about what’s going on there. Good morning Eve.

Chiotakis: So an all-nighter — perhaps — what are people in Durban hoping to see by tomorrow morning?

Troeh: Definitely an all-nighter, from what I hear. The expectations going in were so low, though, that little glimmers of hope are keeping the energy up today. The U.S. — and to remind you, we are the world’s biggest polluter per capita — they flipped the script. And they said that now they support a new treaty on climate change sooner than later.

I caught Richard Gledhill this morning on his cell phone. He’s in Durban with the accounting firm Price Waterhouse Coopers. He says UN negotiators were in formal talks until 5 in the morning. And they’re back at the table today, while bystanders like him are snagging them in the halls as they step out for bathroom breaks.

Richard Gledhill: I think the mood’s much more positive than anyone realistically expected. The gossip in the corridor is that things are shaping up for a legally binding deal by 2015.

But other gossip says behind closed doors, the U.S. hasn’t budged so much. And neither has China — and they are the biggest polluter by volume. So once again, the two big guys are saying: Hey, I’ll jump in the pool if you do. They could still do a cannonball — we just have to wait.

Chiotakis: What does everyone else do in the meantime, Eve?

Troeh: They try to sway the big guys their way. The African nations want a new treaty by 2015. That carries some weight — no one wants to disappoint the African hosts. Another issue in play is the Green Climate Fund. Europe was supposed to give a lot of money to help poorer countries adapt to climate change. But with the European financial crisis, hard to say if they can chip in as much as hoped.

Chiotakis: Marketplace’s Eve Troeh joining us here in our Los Angeles studio. Eve, thank you so much. 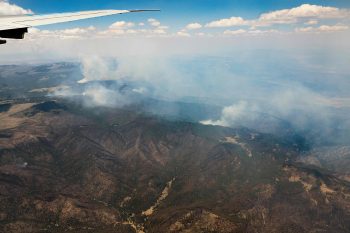 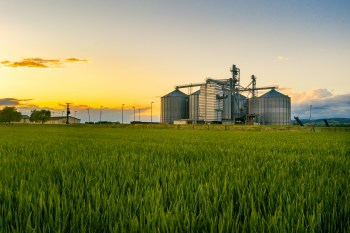