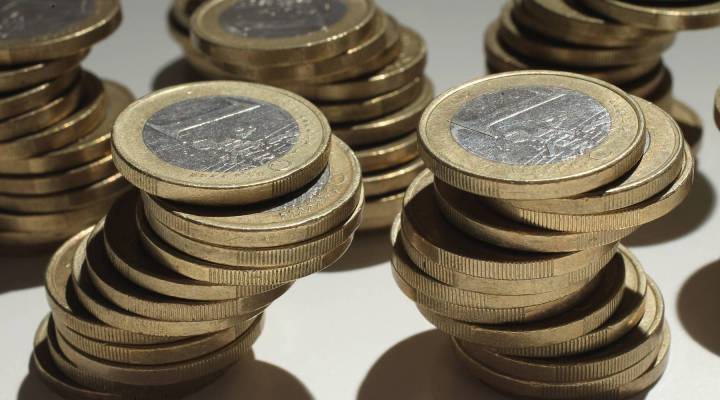 PODCAST: The U.S. weighs in on Europe

COPY
Debt in the eurozone and in the U.S. have been under strict scrutiny by ratings agencies. Is there a better way? Sean Gallup/Getty Images
Mid-day Update

PODCAST: The U.S. weighs in on Europe

Debt in the eurozone and in the U.S. have been under strict scrutiny by ratings agencies. Is there a better way? Sean Gallup/Getty Images
Listen Now

The British singer Adele has a rider in her contract that stipulates the following, according to the website The Smoking Gun: At every concert, there has to be a small plate of individually wrapped sandwiches that do not contain tomatoes, vinegar, chili or citrus fruit. And she wants 12 bottles of the best quality European lager beer. It actually says in the contract that North American beer is not acceptable. Well I guess now we know what she meant when she said “we could have had it all.”

European markets are down with news that third quarter economic growth in the eurozone barely moved the needle and a threat by ratings agency Standard & Poor’s that it could downgrade credit ratings in all of the eurozone countries. S&P also said this morning it may downgrade the rating of the European Bailout Fund.

Brooks Brothers, the high-end men’s clothing store, has a new commercial out with a bunch of wooly lambs wearing cashmere scarves singing Jingle Bells. The gist of the ad is that Brooks Brothers has been around much longer than even the song Jingle Bells. But someone should’ve told he marketing folks that cashmere comes from goats. Not from cute little lambs.

Stocks are down in global trading this morning. And so is the scale of the casino Steve Wynn wants to build in Foxborough Massachusetts. As part of the state’s new law allowing casinos, Wynn will have to convince the community to let him build. So, he says, don’t worry — the casino will blend right in with the New England scenery.

Bank of America’s agreed to pay $315 million to settle investors’ claims that the bank misled them about mortgage securities offerings by its Merrill Lynch unit. That settlement needs court approval.

And in today’s Mid-day Extra, we look at the latest Harry Potter branding project and what it means for the future of theme parks.