Kai Ryssdal:  It looks like the payroll tax cut is maybe, probably, possibly going to be extended past the end of the year. Assuming Democrats and Republicans can find a way to pay for it.

And we all know what happens when you assume, though. So get ready the umpteenth round of the budget fight.

Commentator Robert Reich has a suggestion.

Robert Reich: The basic bargain at the heart of the American economy used to be that employers paid their workers enough to buy what employers were selling. That bargain created a virtuous cycle of higher living standards, more jobs, and better wages.

Back in 1914 Henry Ford decided to pay his workers three times the average factory wage because they’d use the money to buy Model-Ts. His profits doubled in two years.

Yet incredibly, some politicians think the best way to restart the nation’s job engine is to make corporations even more profitable. That means reducing corporate taxes and cutting back on regulations.

These same politicians want average workers to have even less money. They’re against extending the payroll tax cut or unemployment benefits. And they want to make it harder for workers to form unions.

These politicians have it upside down.

The reason companies aren’t creating more jobs is because consumers don’t have money. And their spending accounts for 70 percent of the economy.

You see, without the basic bargain we’re in a vicious cycle. The only way out is to put more money into the pockets of average Americans. At the very least, extend the payroll tax cut and unemployment benefits.

Beyond this, we need a new WPA to get the long-term unemployed back to work. And a Civilian Conservation Corp to create jobs for young people. More teachers for overcrowded classrooms. More construction workers rebuilding highways and bridges.

Pay for all this by hiking taxes on millionaires. Get it? There’s really only way to revive the American economy. That’s by restoring the basic bargain.

Ryssdal: Robert Reich teaches public policy at the University of California, Berkeley. His most recent book is called “Aftershock: The Next Economy and America’s Future.” We hope your comments are in our future. Send us your thoughts. 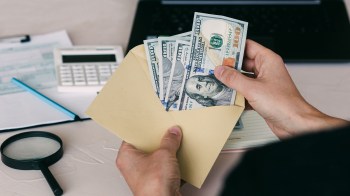