I think I’ll start calling the TouchPad “Rasputin” for its eerie refusal to die. Best Buy is now offering the 32GB Rasputin for $149 when you also purchase a new HP or Compaq PC. You can also buy the tablet on its own for $600. It makes for an interesting comparison to the leading tablet, says PC Magazine:

Supplies are limited, of course, because officially HP has stopped making new TouchPads. But the tablet has taken on a bit of an interesting life after its death. Sort of the tablet equivalent of all those college kids hanging James Dean posters on their dorm room walls. HP has yet to officially kill the webOS platform, upon which the device is built. Could Rasputin be brought back? Or is the scarcity and the bargain clearance price part of the appeal? 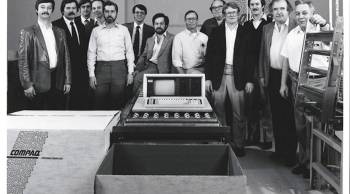