Bob Moon: The Occupy Wall Street movement that started in New York is breathing some new life into a proposed city ordinance here in Los Angeles. It’s a bid to squeeze more social contributions from the banks. Los Angeles Councilman Richard Alarcon is the man behind it.

Richard Alarcon: You can think of it sort of as a mini-municipal community reinvestment act. Then we would be able to compare these institutions against each other, relative to the services that we would be requesting from them.

So before doing business with prospective banking partners, the city would first take a hard look at how they actually reinvest in the local community. Mr. Alarcon says we’re talking about a lot of money here.

Alarcon: The city’s general fund allocations, annually, are about $6 billion. The total, when you look at all the pension systems, is about $30 billion.

His “responsible banking ordinance” hadn’t gained much traction, though, until the “Occupy” movement in Los Angeles gave it a new push. Now, the city council’s budget committee is set to take up the proposal next month.

We sat down with Mr. Alarcon just as city budget planners have been raising fresh doubts about severing ties with major banks. In fact, the city’s administrative officer just warned that this idea could cause L.A.’s borrowing costs to soar.

Alarcon: Well first of all, the financial managers are the treasurer and the controller, and not the CAO. The CAO is the budget analyst for the city of Los Angeles and makes recommendations. And I think their report is fundamentally flawed because he’s suggesting that we’re going to terminate existing agreements, which has nothing to do with the banking responsibility ordinance, which is prospective.

Moon: Yes, but the city administrative officer is also arguing that the role of city government should be to get the best deal for taxpayers and not rate banks on their social responsibilities.

Moon: Now I understand that you’re getting some support from this Occupy Wall Street, or Occupy L.A., movement to push this idea forward?

Alarcon: They brought it to a head. The measure had been dwindling through the city system for over two years, and it re-surged when we incorporated it into a resolution to support the Occupy L.A. movement — which by the way, received a unanimous vote at 12-0.

Moon: Now do you think that taxpayers would support this initiative even if it might mean that they’d have to accept millions in cuts to city services? In other words, what price are people willing to pay?

Alarcon: First of all, you’re dead wrong. There’s not going to be any cuts to city services as a result of the banking responsibility ordinance, and in fact, I believe we’re going to save money as a result of these measures by insuring that the banks are providing more services to the community than less. I’m not suggesting that we cut our ties completely with anybody. All I’m saying is that we should demand that they act more responsibly with regard to taking our money and then reinvesting it in our community.

Moon: Richard Alarcon is a Los Angeles city council member. Thank you very much for joining us. 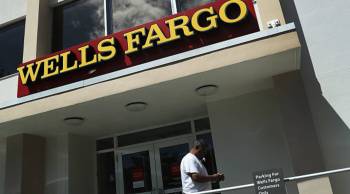