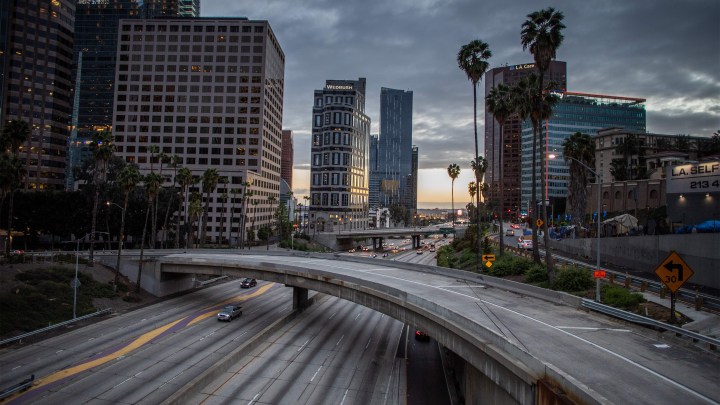 COPY
Activists say that big banks will be able to comply with the CRA by funding projects like roads and bridges. Apu Gomes/AFP via Getty Images
Race and Economy

Activists say that big banks will be able to comply with the CRA by funding projects like roads and bridges. Apu Gomes/AFP via Getty Images
Listen Now

Congress passed major civil rights legislation in the 1960s, and that continued into the ’70s, when memories of the previous decade’s civil rights protests were still fresh. Ellen Seidman, a fellow at the Urban Institute, said the ’60s protests set the stage for what was to come.

“In the sense of creating a kind of community activism that then came to fruition in ’75 and ’77,” she explained.

The federal Community Reinvestment Act became law in 1977. It was meant to prevent a form of discrimination in mortgage lending known as redlining, in which federal officials drew red lines on maps around low-income areas they said were high-risk, essentially telling banks not to lend there. The CRA turned that around. The three agencies that regulate banks — the Office of the Comptroller of the Currency, the Federal Deposit Insurance Corp. and the Federal Reserve — started requiring banks to make loans anywhere they took in deposits. Catherine Genao, with Cypress Hills Local Development Corp. in Brooklyn, said years later the act is still holding banks accountable.

“In general, small businesses sometimes feel that they don’t really have support from the city and the banks and they have all these other barriers,” she explained. “So, seeing that push for it, seeing at least the conversations being initiated and there being some type of action/accountability — that’s definitely a benefit.”

Genao helps minority-owned businesses get loans. Now, she and other community activists are worried about changes to the Community Reinvestment Act. They say the Office of the Comptroller of the Currency, which regulates the nation’s biggest banks, is loosening the act’s requirements with a new rule. Jaime Weisberg, with the Association for Neighborhood and Housing Development, said that under the rule, the big banks will be able to comply with the act by funding big projects. Things like roads and bridges. Even stadiums.

Acting Comptroller of the Currency Brian Brooks said he’s aware of these concerns. He said the banks his office oversees will still have to prove that the big projects to be allowed under the CRA help their communities, possibly by creating jobs.

But the two other regulators — the Fed and the FDIC — haven’t signed on to these changes to the CRA. Nothing changes for the banks they regulate. They are considering some new rules. And even community advocates say the act needs updating to keep up with new technology like digital banking. They’re struggling with how to do that without turning back the clock on the hard-earned reforms that followed the civil rights era.