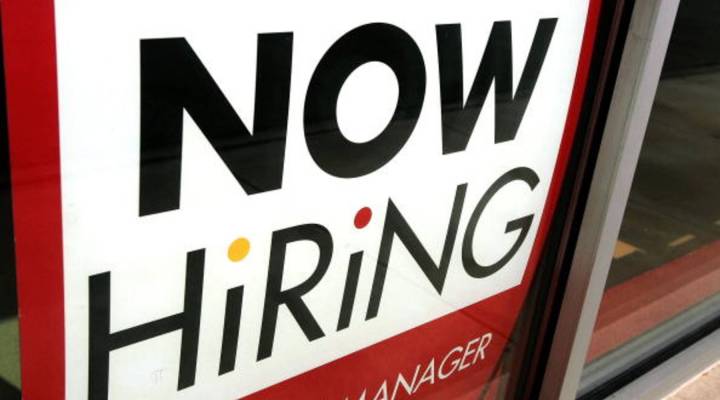 The nation’s economy created 103,000 jobs in September, which is more than analysts were expecting. But the unemployment rate overall stayed the same at 9.1 percent. The reaction so far has been pretty positive because there were upward revisions to July and August numbers as well. We spoke to National Economic Council director Gene Sperling about what these numbers mean, and how we can go forward.

One part of the economy that’s creating jobs is an expanding company that’s been hiring workers. One software company called Tendril averages about 10 new employees a month.

Ten years ago today, the U.S. led Britain and other countries into the invasion of Afghanistan in response to the terrorist attacks of September 11, 2001. The U.S. alone spends more than $300 million a month there.

A lot of layoffs were announced last month — in the military — and that’s creating other problems off the battlefield.

Germany’s economic minister said today Berlin supports investment in Greece to get the debt-burdened country’s economy growing again. Greece’s economy is expected to shrink by 5.5 percent this year. Greeks may get a chance to shape some financial reforms in a voter referendum later this year.

Rising Chinese labor costs are changing the economics of global manufacturing and could contribute to the creation of 3 million jobs in the U.S. by 2020, according to a study from The Boston Consulting Group.